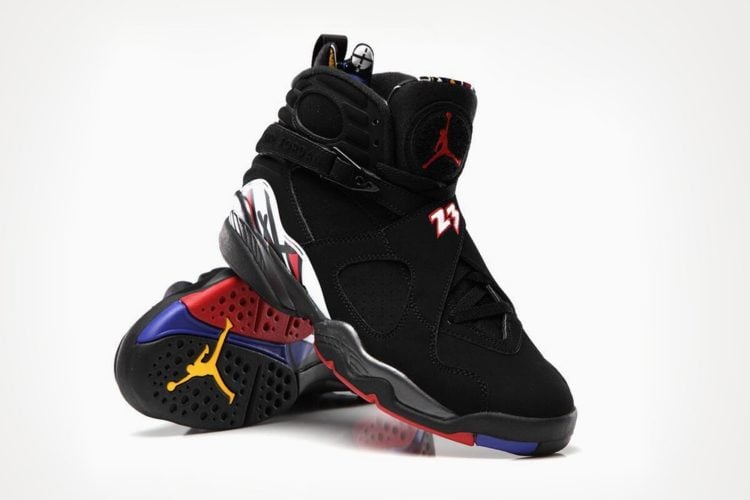 The “Playoff” Jordan 8s are one of only two original colorways released for the 2007 Jordan 8 retro campaign.?? If this retro Air Jordan 8 looks a little familiar, thats because a low top version very similar to it was released in 2003.?? The shoes were slightly different despite being a lower cut but enough of a difference to make Jordan heads looking forward to a few days before Christmas.

The Playoff Jordan 8s are the last?? Air Jordan retros released before the Countdown Packages are released in 2008.