The greatest basketball player of all time has his signature sneaker outfitted with the diamond in mind with the new Air Jordan 9 “Birmingham Barons”. Imagine LeBron James leading the Heat to a three-peat this season and then retiring from the game this summer to play baseball. That’s exactly what Michael Jordan did after the 1993 season, when he abruptly stepped away from basketball to test his skills on the diamond. MJ’s baseball career was short lived, but fully documented, and the latest retro from his signature line further adds to the coverage. 20 years after Mike was swinging a bat for the Chicago White Sox’ minor league affiliate Birmingham Barons, JB brings the Air Jordan 9 that he wore on the diamond to the streets, dressed in the team’s colors. A white and grey base is contrasted with black on the tongue and midsole, detailed with the Baron’s pinstripes on the inner lining and MJ’s baseball number 45 on the heels. Tell us your first thoughts on these homage paying retros in the comment space below, and pencil in this AJ 9’s first pitch for April 5th. 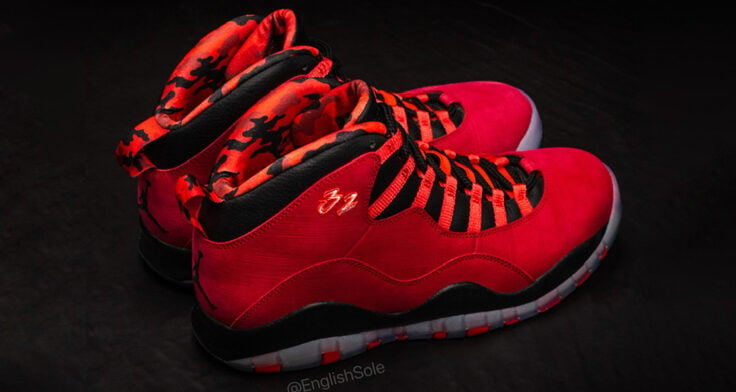