During the 2014 calendar year, the Air Jordan 6 has been everywhere. Whether its on retail shelves or football fields, this model continues to flourish despite being over 20 years old. Jordan Brand has recently unveiled the latest iteration of the sixth signature of the Air Jordan line, inspired by the anime Slam Dunk, this Air Jordan design brings on some iconic imagery from the comic with the number 10 stitched onto the heel. The Air Jordan 6 “Slam Dunk” also features an all-red upper that fuses laser-etched imagery throughout that adds subtle details to an already sharp silhouette. In addition, white accents are employed through the model and seen heavily on the midsole. Lastly, a translucent ice-blue outsole completes the look. If you’re interested in copping a pair of the Air Jordan 6 “Slam Dunk”, according to the Foot Locker Release Calendar, these are dropping November 1st in the U.S. 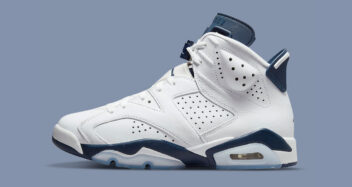 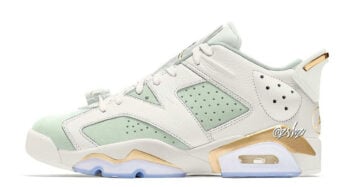