Following sellout releases for an Air Jordan, an Air Jordan 5 and corresponding kits, the PSG partnership with Jordan Brand sees its next installment.

The shoe? The Air Jordan 6 PSG. 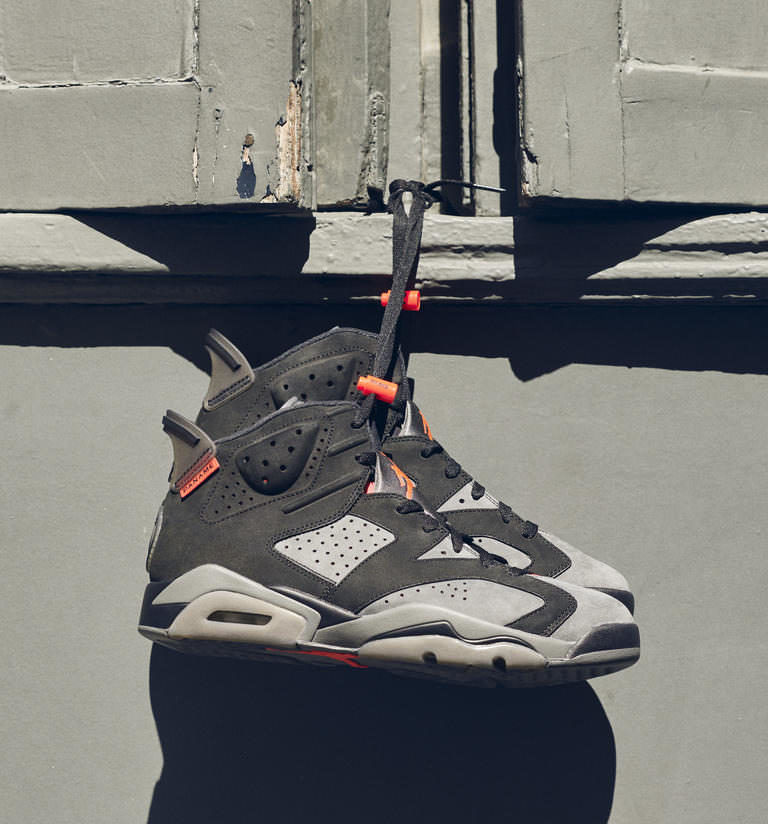 Previewed in prior months, the Air Jordan 6 PSG sports deep shades of grey and charcoal in all-over fashion. Bright red pops appear on the tongue and tagging with iridescent underlays adding contrast to the upper and heel branding.

The Air Jordan 6 PSG does not have an official release date yet, though Jordan Brand has just confirmed a late July window. 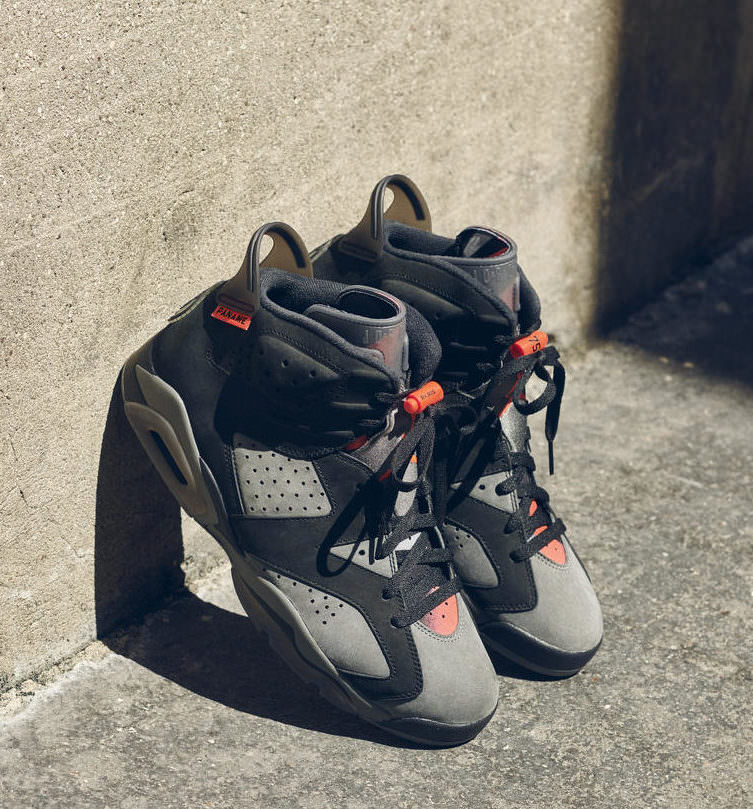 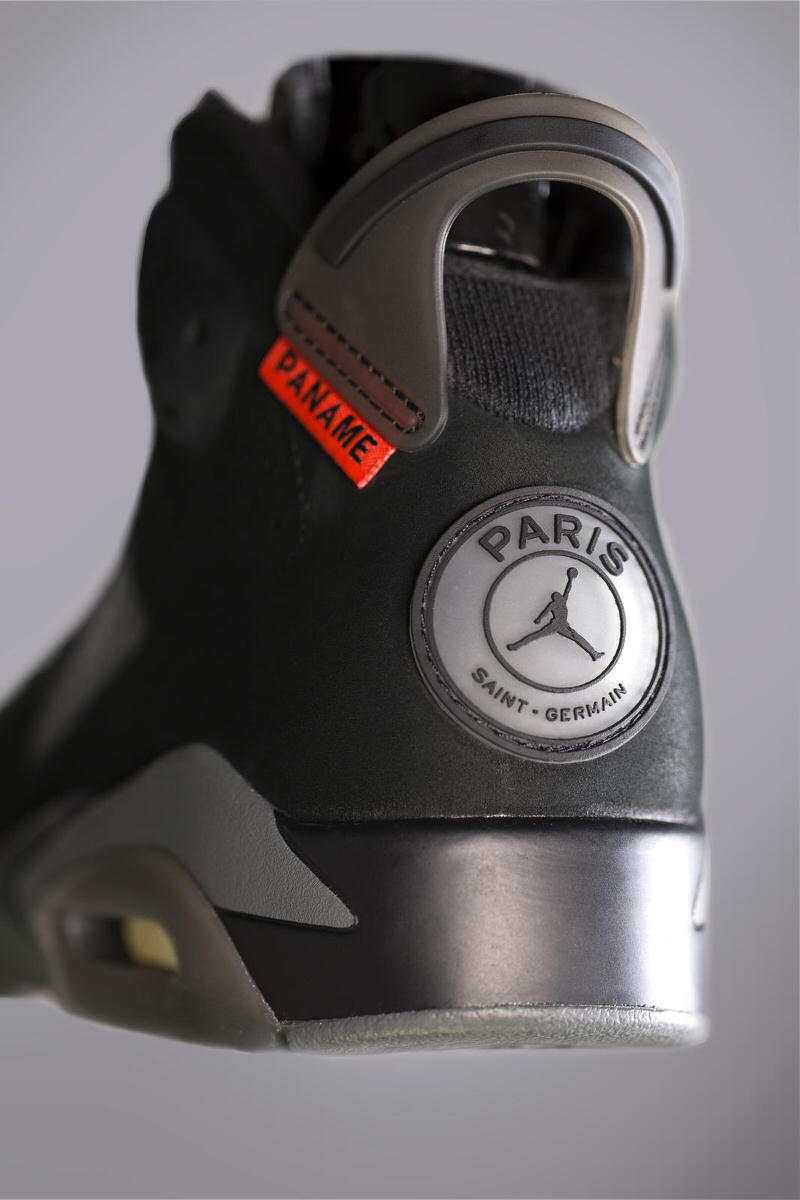