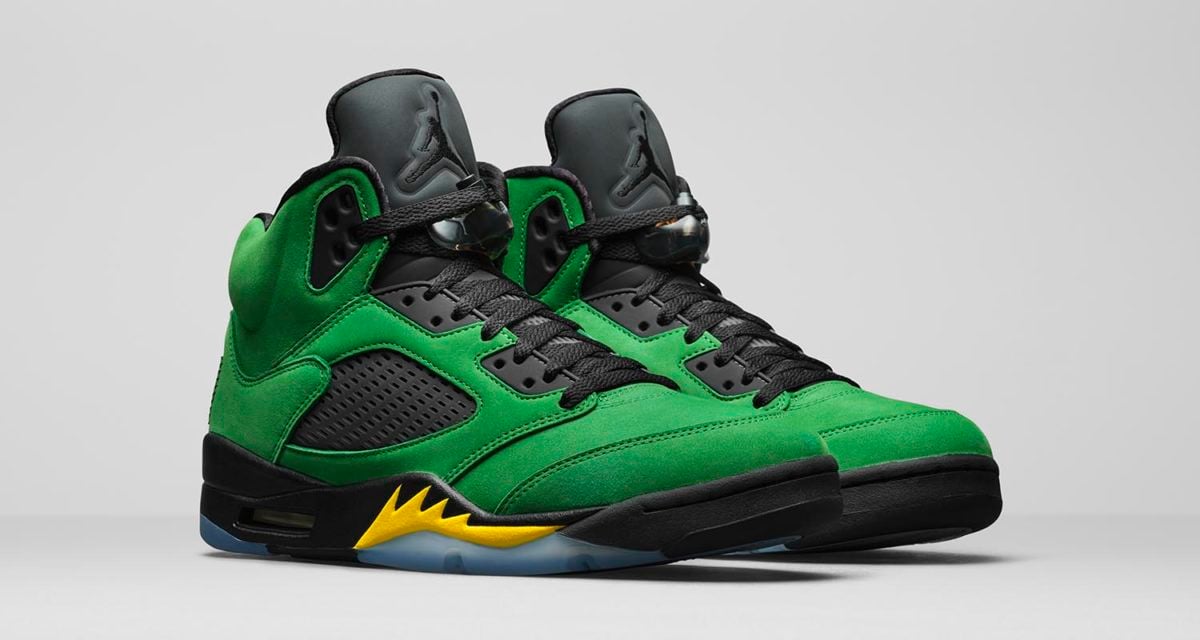 College-themed sneakers have always captivated the eyes of not only their students but many sneakerheads. Oftentimes, the shoe first releases as player exclusives, but then get a general release later.

In the past, college-themed pairs have sold out immediately because they’re highly popular and command large resale value. As recently as this year, the former player exclusive Air Jordan 3 “UNC” released to the public, receiving mass appeal among many.

Released in the past as a player exclusive, this Oregon themed Air Jordan 5 will release to the general public without the school’s logo. The upper of this sneaker consists of green nubuck, contrasted by a black tongue and grey mid paneling. The school’s signature yellow is featured on the tongue and portions of the midsole. Contrasting the Oregon colors, the midsole is expected to be black, all lying atop an icy blue outsole. Like all Air Jordan 5 models, this sneaker will feature a lace toggle and a Jordan Brand label on the heel.

Expect this sneaker to release across Nike retailers and the Nike SNKRS app on September 12th. Additionally, it will be sold for a retail price of $225. Let us know what you think of this Oregon colorway in the comments below.