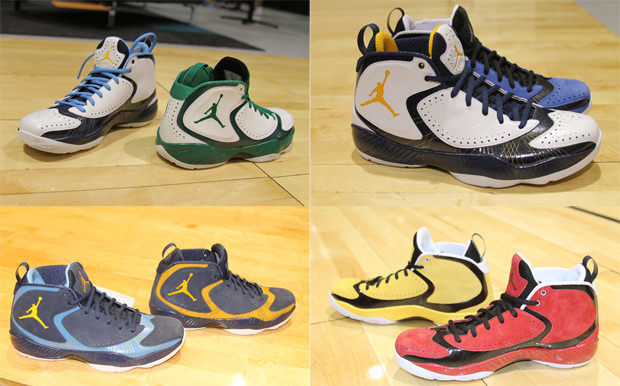 Throughout the past 12 months, the NIkeiD sector of the Swoosh has been more active than ever. Specifically, the Air Force 1 has appeared sporadically on NikeiD and the LeBron 9 became the first LeBron James signature on iD. Also, the Jordan Fly Wade became the first Jordan signature to appear on the customizable site. To take it a step further, Jordan Brand will share with us the Air Jordan 2012 on NikeiD next Tuesday, February 14th. At the Air Jordan 2012 launch event, Jordan Brand shared with us a plethora of Air Jordan 2012 iD samples that undoubtedly caught our attention. As Tinker Hatfield stated, the Air Jordan 2012 will be the most customizable shoe on NikeiD to date. One will be able to choose between three base material options, two midsole designs and a slew of colors for the base, Flywire, inner sleeves, personal attributes on the tongue and much more.