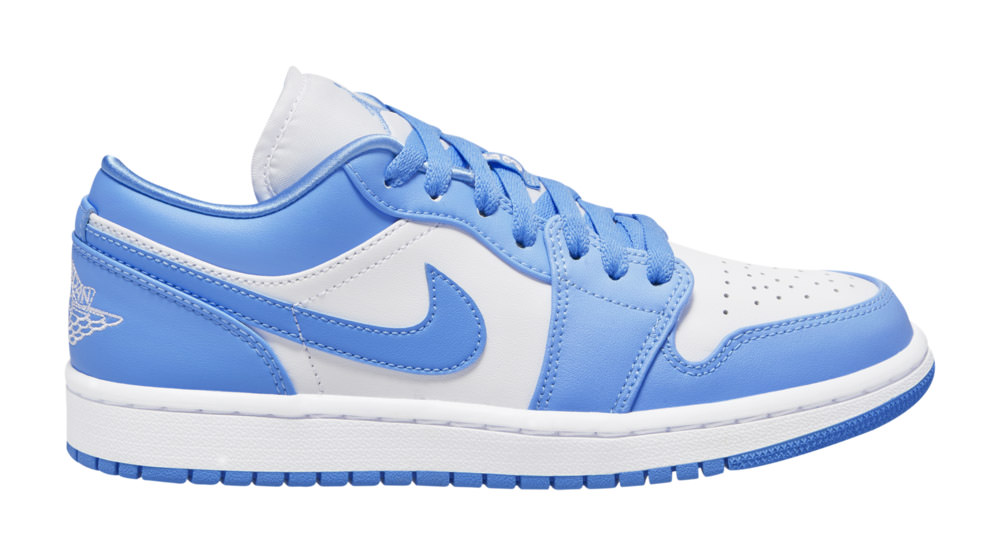 Following closely on the heels of last summer’s Nike SB x Air Jordan 1 Low drop, Jordan is bringing out more Air Jordan 1 lows including a UNC colorway that will more than suffice as a consolation prize for those who missed out on the first drop.

While the Air Jordan 1 Low UNC general release pair that is hitting this year won’t feature as good of a grain of leather on the upper and skate-ready materials and padding, they will sport an affordable box price of $90 in contrast to the current going rate of around $300 for the SBs on the secondary market.