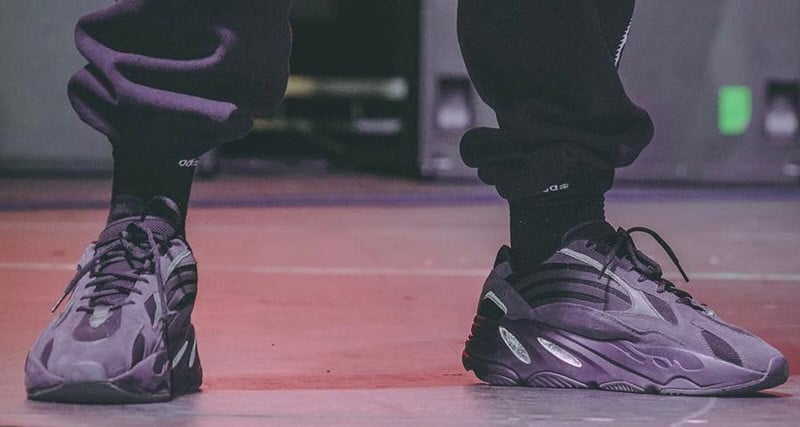 With a varying midsole that tracks wider than the original, the sloped upper of this 700 is slightly more slanted as opposed to the retail debut. A combination of suede and leather fabrication adorn the modern-day “dad shoe” which comes retro-fitted in a weathered aesthetic.

Kanye West has been on a tear lately and it’s poised to be another huge year for brand Yeezy. Stay tuned for more details on the upcoming adidas Yeezy 700 V2 “Utility Black” release.

UPDATE 12/10: Check out photos of Kanye West wearing the adidas Yeezy 700 V2 “Utility Black” on stage at Art Basel below.