This year, adidas is introducing a new model to its Ultra Boost lineup with the release of the adidas Ultra Boost DNA Web. The UltraBOOST gained a cult following back in 2015 when Mr. West wore the adidas UltraBOOST 1.0 in the “Triple White” colorway during his Powerhouse performance. Six years later and the famed lineup has become a staple piece among the sneaker community.

The offering is dressed in a highlighter yellow mixed with black accents throughout the upper and Three Stripe cage. Returning motifs include the same Primeknit upper, which was used on the 1.0 models. The most notable change is the white Boost midsole enclosed with a durable rubber frame.

For now, no release information can be given, so instead, enjoy the latest images below and expect a release soon at adidas and select retailers for $180. Before you jet, hit up our sneaker release page for more updates on upcoming releases. Keep it locked at Nice Kicks for more.

adidas and Monsters Inc. Are Dropping A Collection For Its 20th Anniversary 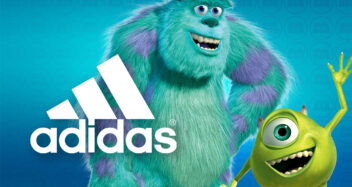 Burgundy Is Next For The Pharrell x adidas Humanrace Sichona

This adidas Ultra 4D Is Sure To Make Sparky Proud