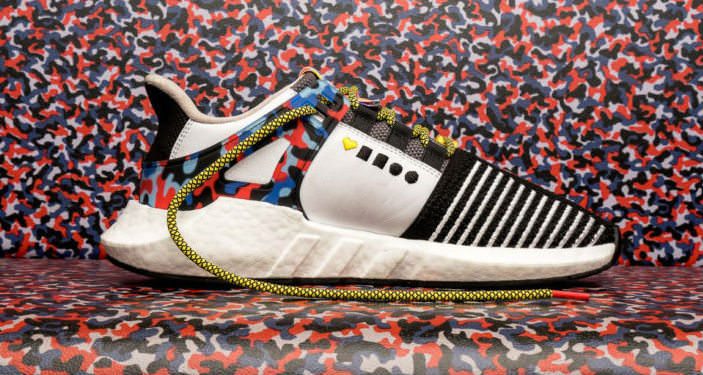 Wanting to honor the Berlin Verkehrsbetriebe, the main public transit system in the German capital city, adidas created a special edition of the EQT Support 93/17 that allows wearers to ride the city’s subways, trams, buses, and ferries for free for one whole year.

Playing off the city subway seat’s colorful camouflage upholstery, this iteration of the EQT Support 93/17 sports a similar graphic on the back exterior heel. A clean white and black pattern make up the upper, which is accented by black and yellow laces that symbolize the exterior colors of Berlin’s subway trains. A mock train ticket on the tongue, which acts as an actual fare, completes the look.