The New York Yankee that set the rookie record for home runs in a debut season is slated to lace up the adidas Icon cleats on Opening Day this Thursday. If he’s anything like Carlos and Kris, he’ll also be lacing up a bunch of Yeezys and Boosts off the diamond. Best yet for adidas, he’ll be doing it in the major market that is New York — not just a hot bed for culture and sea of buyers, but also home to the brand’s new flagship store.

Congrats to adidas and Aaron. Preview the sick poster they put together for the partnership below. 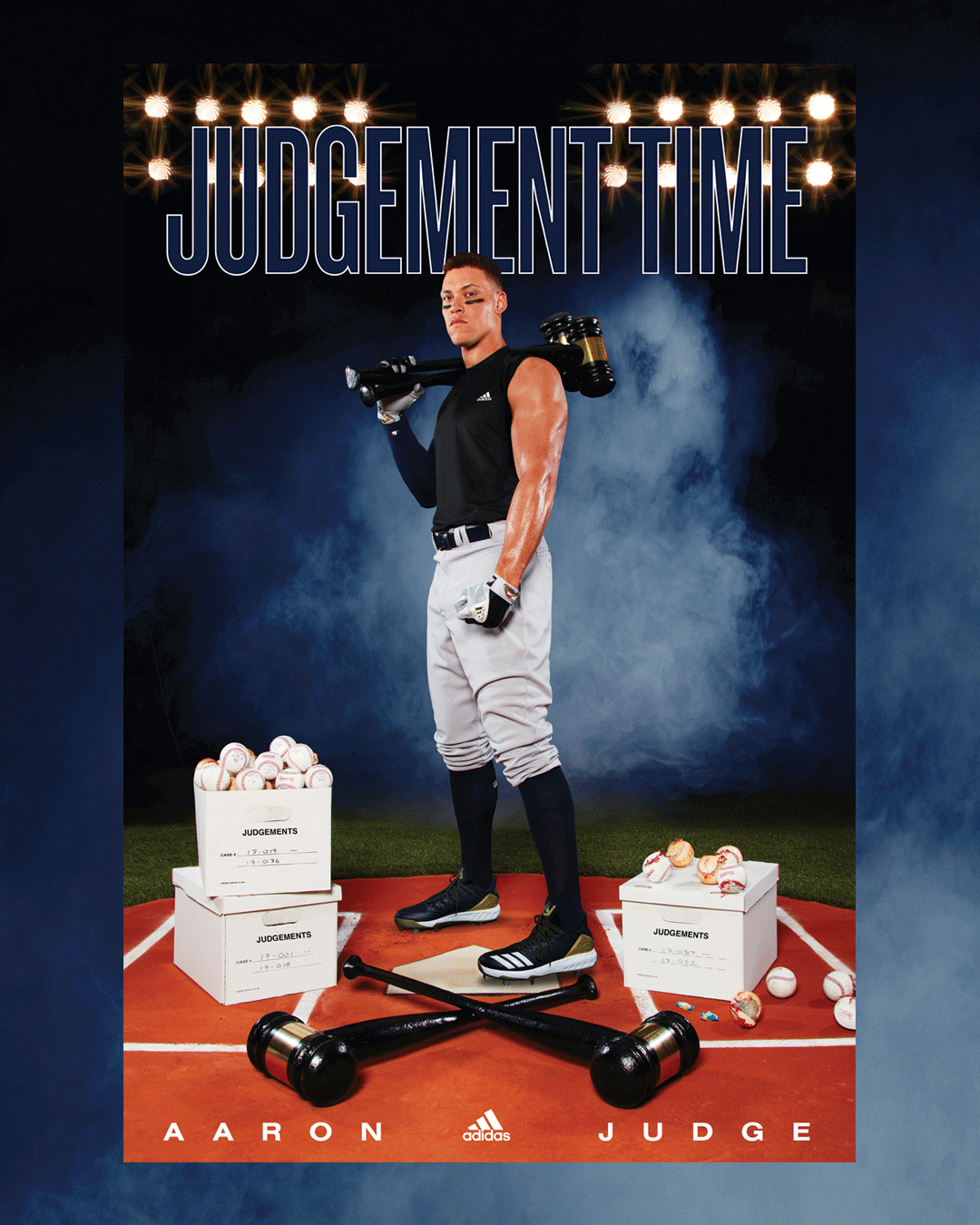