In roughly two years, adidas Boost cushioning has made a smooth transition from energy efficient innovation to the calling card for comfort. Outfitting athletes like Andrew Wiggins and Derrick Rose while propelling Kanye West’s signature collection, Boost cushioning continues to make its mark in both sport and fashion sectors. As adidas ushers in their latest Boost model, the adidas Solar Boost, get a history of the progressive cushioning technology. 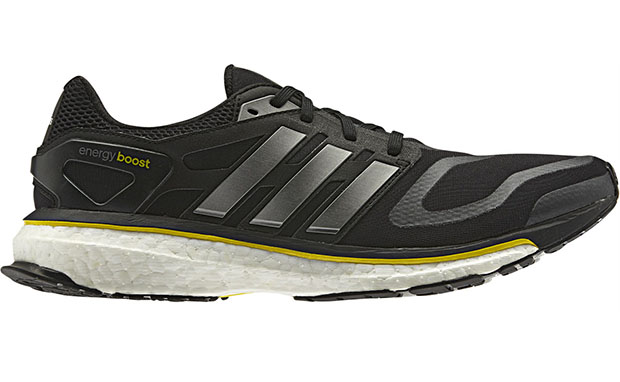 In February of 2012, adidas held a global event in NYC with media members from all over the world to unveil Boost technology. Introduced on the adidas Energy Boost runner, the new technology brought a higher level of energy return than the standard midsole by fusing together many TPU particles for a bouncier, more temperature resistant ride.

The technology revamped their running category, outfitting many more models for years to come. In 2015, the adidas Ultra Boost brought full-length Boost together with Primeknit construction for what the brand calls their best shoe to date.

By 2014, Boost was ready for basketball. The adidas Crazylight Boost and adidas D Rose 5 Boost brought the bouncy technology to the two biggest franchises in adidas Hoops. Equipped with Boost cushioning in the heel, the Crazylight Boost saw endorsement from the likes of Damian Lillard and many more NBA players. Going full-length on the D Rose 5, Derrick Rose hit the hardwood in the bouncy technology for a strong season.

In 2015, Boost continued to blossom in basketball with the adidas Crazylight Boost 2015. Andrew Wiggins is slated to be the face of this Primeknit hosting hoops shoe which features Boost cushioning in the heel.

While Boost was getting busy on the running and the basketball scene, it was also making moves in the lifestyle realm. Though technically a running shoe, the adidas Pure Boost proved to have the best casual crossover of any Boost model to that time. Much of its popularity came from its extreme comfort and frequent spottings on Kanye West.

In fact, Kanye liked Boost so much that he has brought it to his first two signature shoes with adidas. The adidas Yeezy Boost 750 and adidas Yeezy Boost 350 both feature full-length Boost cushioning, encapsulated in a ribbed shell. Both models are strong examples of Boost working well in the high-fashion realm.