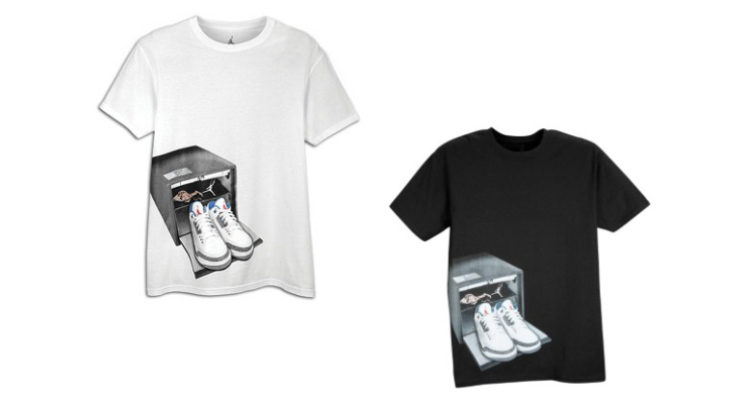 Along with some hot kicks being released by Jordan this year are some hot T-shirts to match the kicks. The Flight clothing was the hottest basketball gear in ’89 and Jordan is bringing it back again for the re-release of the Jordan 4‘s. Take a close look at the AIR JORDAN and you will see the famous “Wings” picture of Jordan. Also, you can’t forget the “It’s Gotta Be the Shoes” commercials that Mike and Spike were featured in. Both are hot shirts and both will look great with a pair of retro Jordans. Air Jordan Release Dates.