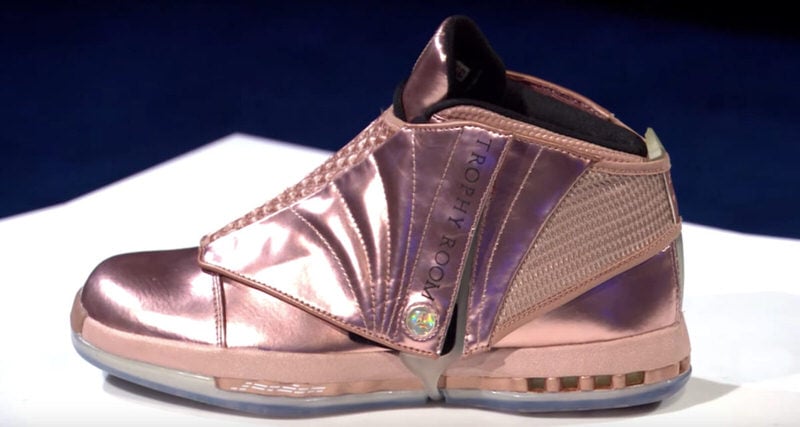 Most sixth graders are trying to talk their parents into letting them buy M-rated video games. Marcus Jordan though? He was getting his first Air Jordan PE. 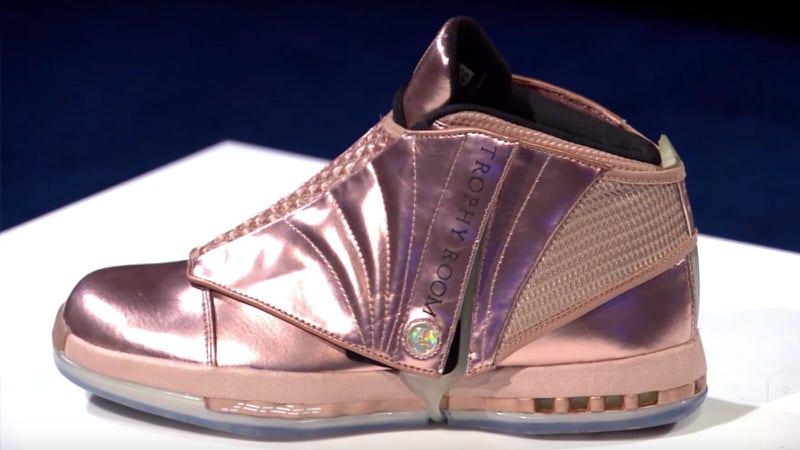 Put to the side in favor of the “French Blue” 16 collaboration, this metallic rose gold gaitered Jordan is totally tonal in styling with a shop shoutout appearing in black. Marcus states this shoe was meant to look like an actual trophy but felt like the “French Blue” style would take better to the market.

Would you have copped these if released? Let us know in the comments section.