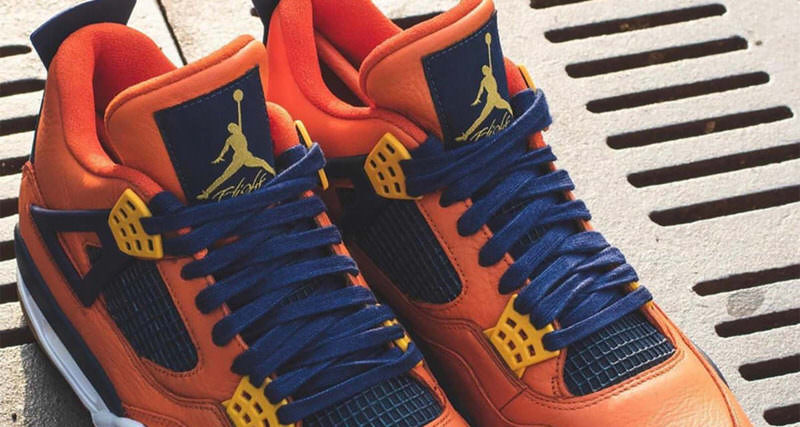 The “We Believe Warriors” embodied the fighting spirit of Oakland as they toppled the #1 seeded Mavericks in the first round of the 2007 Playoffs. Although the Warriors would end up losing to the Utah Jazz the following round, that team was special to so many.

While the Warriors played their last season at Oracle Arena as they move to Chase Center, the “We Believe Warriors” made an appearance at the end of the regular season which inspired many to bring that orange, navy and gold back.

Although it’s not likely that we’ll see Nike bring these jerseys to the market, customizer Malcolm Garret took matters into his own hands and recreated an AJ4 with those classic colors.

Be sure to follow the artist behind the pair here for more.