The auction included 11 one-of-a-kind sneakers including Michael Jordan’s game-worn and player exclusives such as the 1984 Nike Air Ship high-top sneakers that were worn during Jordan’s rookie year.

In total, the auction lots were 82% sold and brought in $931,875. Only two lots didn’t find a buyer. The biggest sale was the momentous Air Jordan 1 High “Shattered Backboard Origin Story,” a game-worn pair from 1985, which reached a final price of $615,000. The sale also marks an unprecedented achievement for sneakers as an auction category.

Additionally, a portion of proceeds from a game-worn pair of Air Jordan 11 “Concord” from the legendary 1995-96 season that realized $56,250, were donated to the NAACP Legal Defense Fund.

“We’re thrilled at the strong results for ‘Original Air’ and to again be part of a new height achieved for sneakers at auction. The new mark reached with the “Shattered Backboard” Air Jordan 1 is special for Stadium Goods because that model occupies such a singular place in sneaker culture. This sale once again confirms that sneakers are cultural artifacts and deserve to be listed alongside other luxury items in the collectibles marketplace. We’re tremendously appreciative of Christie’s partnership on ‘Original Air’ and honored to share this achievement with them,” John McPheters, Co-Founder and Co-CEO of Stadium Goods, shared. 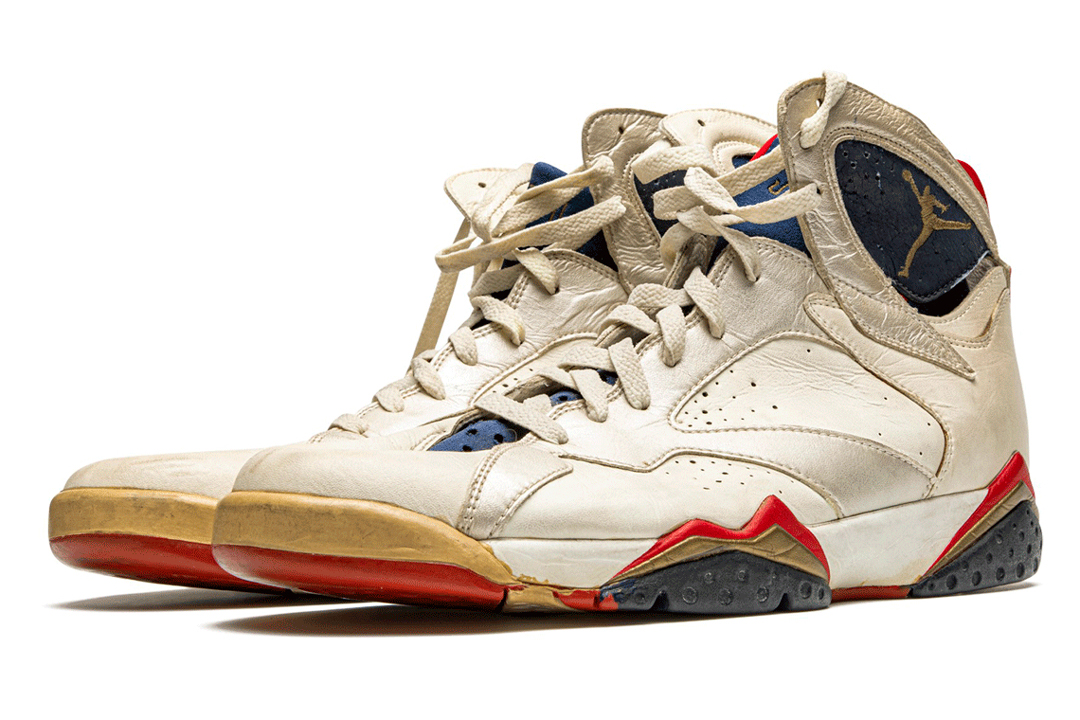