With 23 Grand Slam trophies in her company, and an even greater number of accolades when considering doubles competition, Serena Williams is above and beyond the most dominant tennis player of our generation. Since her debut 20 years ago, in 1998, Williams has been an insurmountable force. Her domination has dazzled and reinvigorated the sport. In part, so have her outfits. Williams has equally been the best dressed player in the tennis circuit during that 20 year span.

For her return to Flushing Meadows later this month for the 50th annual US Open, Williams will be dressed entirely in Virgil Abloh for Nike. Fittingly, the collection Williams is set to turn heads in come August 26 is entitled The Queen Collection. 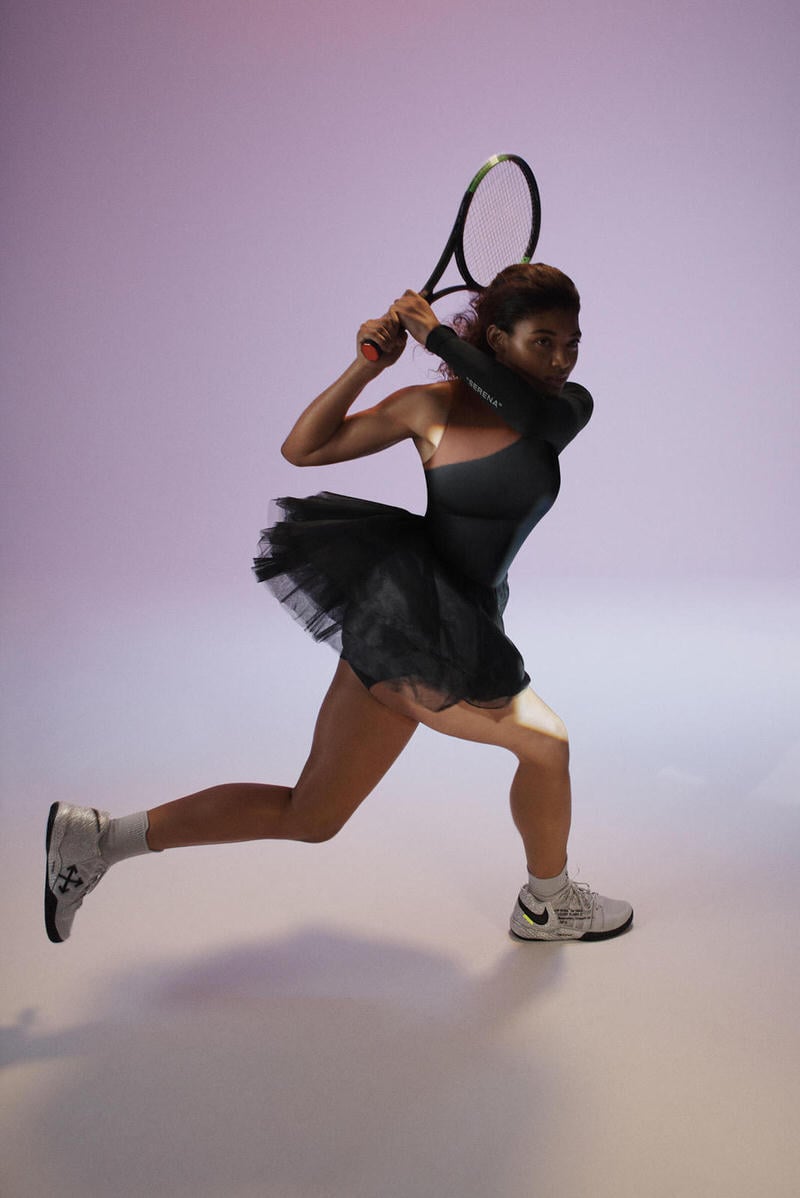 First conceptualized when Abloh met with the NikeCourt team in Paris some time ago, a discussion began that circled the OFF WHITE founder producing a performance dress for Williams. From there, after Nike sent a body form designed specifically for Williams’ figure to Italy where Abloh works in a creative leadership role at Louis Vuitton, he began to frame ideas for dressing this once-in-a-lifetime talent.

“With Serena, we have one of our generation’s most powerful, inspiring athletes as the muse,” confessed Abloh. “I was trying to embody her spirit and bring something compelling and fresh to tennis.”

The result is a simplistic yet elegant one-shoulder dress centered by a Nike Swoosh and Abloh’s satire-focused “LOGO” graphic. The fit and form of the sleek one-piece then shifts at the midsection, as the lower half transfers into a full and flowing tulle skirt. The dress is produced in both black and white iterations, translating Serena’s elegance and imposing will to win.

“What I love about tennis is the gracefulness. It’s an aggressive and powerful game, but it takes touch and finesse,” Abloh continues. “So the dress is feminine, but combines her aggression. It’s partially revealing. It’s asymmetrical. It has a sort of ballerina-esque silhouette to symbolize her grace.”

Abloh, of course, has designed sneakers for the collection. Three pairs in total encapsulate The Queen Collection, for which (on-court) Williams will wear the OFF WHITE x NikeCourt Flare 2 PE. In addition, Abloh harkens back to The Ten, his widely coveted Nike collaboration for two budding variations of the Nike Air Max 97 and the Nike Blazer Mid SW, respectively.

Informed by Williams’ iconic on-court style moments of the past, Abloh took in sartorial narratives like her studded denim outfit in 2004, subsequently followed by her “Royal Dress” in 2006. There were others, too, all of which helped crystalize Abloh’s creation in both style and function. “It’s not about bells and whistles and tricks. It’s just about it living on the body, and expressing Serena’s spirit with each swing of the racket.”

Nike nor Abloh have confirmed general release details for The Queen Collection.