Don’t count on Ronnie Fieg to take any breaks in 2014. Heading into the new year, we get our second preview from the upcoming Ronnie Fieg x PUMA Disc Blaze “COA” collection. This pair sees an unveiling on the cover of Sneaker Freaker, set off by a fresh Black/Mint colorway. A two-tone take relies on the toe box for stark contrast, kept sporty by subtle midsole speckling. With the Kith Paris Grand Opening set for January 15th, 2014, stay tuned for official release info on this Coast of Arms colorway at Nice Kicks. 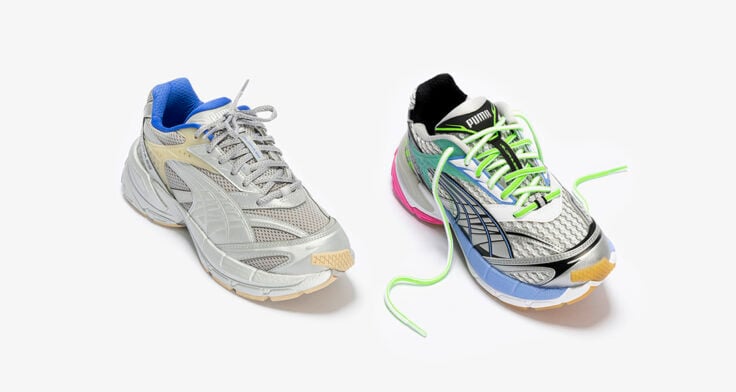