With Michael Jordan, Charles Barkley, Larry Bird and Magic Johnson all on the same roster, the legendary Dream Team is often viewed as one of the best teams ever assembled. But while the team was stacked, the roster could’ve been even more star-studded with the inclusion of Shaquille O’Neal, who was left off the team in favor of Christian Laettner.

Laettner was selected over O’Neal because he was one of the best college players to ever play. Of course now we know that O’Neal is by far the better player and is one of the best big men in NBA history. At that time however, Laettner was a fine selection to be on the Dream Team. This angered O’Neal to no end though, which may be why Reebok appears to be throwing a shot at Laettner with a new colorway of the big man’s signature shoe – the Shaq Attaq.

This new version of O’Neal signature shoe has a USA-themed colorway but also has hints of purple on the sides, which seems to draw inspiration from the Nike Air Flight Huarache. And while this could be just a coincidence, the Nike Air Flight Huarache was Laettner’s shoe of choice, though in White/Black-Red as a member of Team USA (props @krvanch!).

Could the Olympic-themed colorway coupled with the elements of the Huarache be a shot at Laettner? Who knows for sure but O’Neal was a petty player at times throughout his career and it wouldn’t be surprising if Reebok played into his pettiness with this iteration of the Shaq Attaq.

No release date has been set for the Olympic-themed Reebok Shaq Attaq but expect an update in the coming weeks. 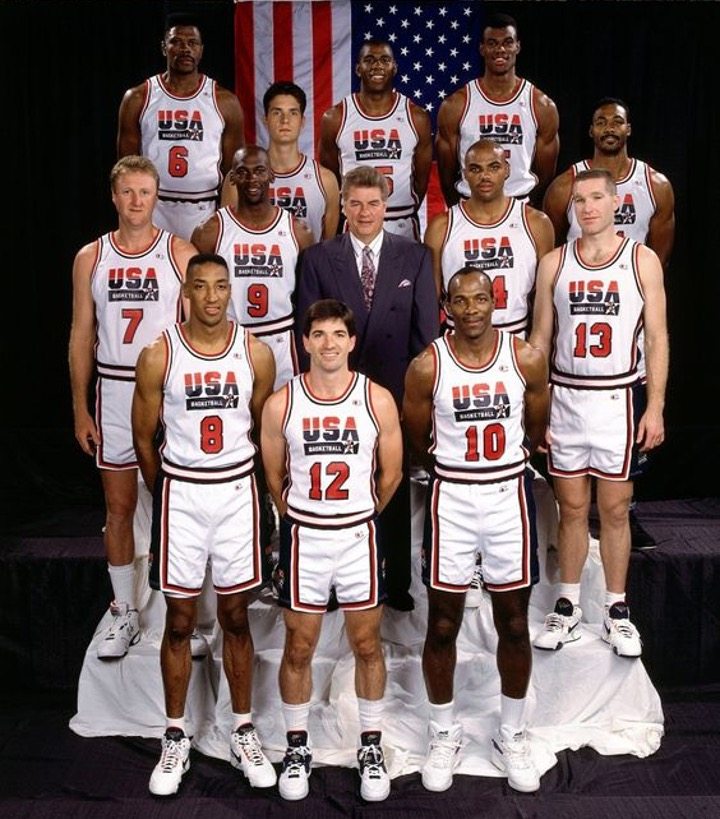