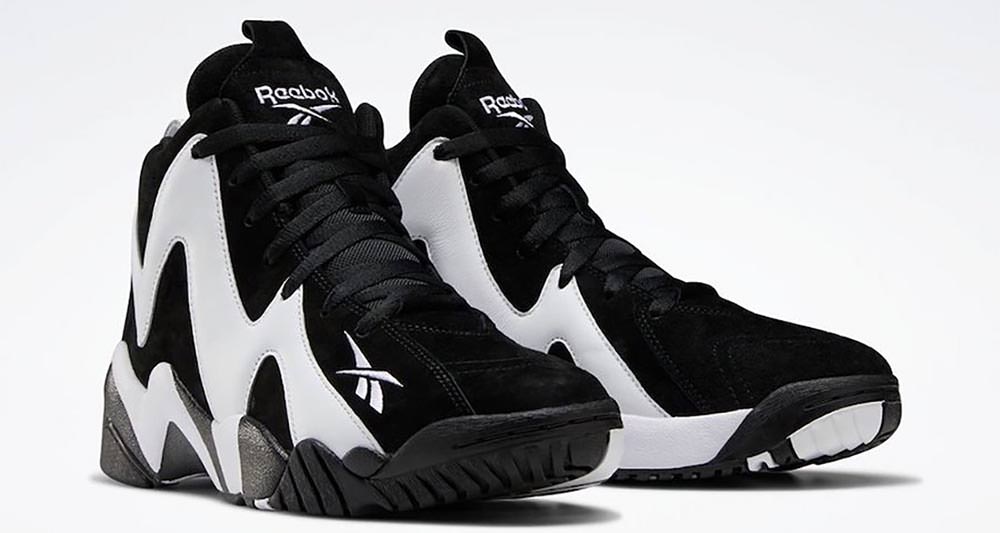 The ’90s indeed were the golden age of basketball sneakers. No matter what team you rooted for, it seemed that almost every player had some heat we all wanted. No shoe (and player) epitomizes that more than Shawn Kemp and his Reebok Kamikaze II. The shoe is cemented in Sonics history as the pair was worn by Reign Man during the 1995-1996 season as the Sonics racked up 64 wins while Kemp arguably had his best season ever.

The Reebok Kamikaze II retroed for the first time in 2012 and is coming back this year as Reebok continues to shine a light on its rich basketball sneaker history. No better way to reintroduce the Kamikaze II than with the OG colorway as black and white engulf the shoe’s upper.

Take a look at the pair below ahead of its summer release. Hopefully, a Sonics colorway is on its way. Stay tuned for everything Reebok here on Nice Kicks.