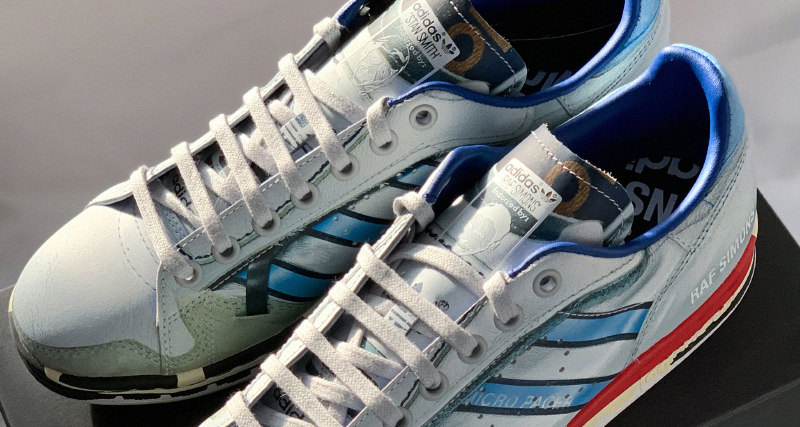 Now that the Raf Simons era at Calvin Klein has come to an abrupt end, grander ambitions under his namesake label and partnering projects can again return to high order.

The latter, which is often championed by his dealing with adidas, spoke light earlier this week when Simons offered a look at his fall/winter 2019 collection during a Paris Fashion Week showing.

Having worked through many of his favorite silhouettes under the three stripes umbrella, Simons this time lends his genius once again to the Stan Smith. With a striking illusion, Raf revamps the tennis sneaker by wholly canvassing its low-cut frame with a Micropacer wrap.

A high-brow artistic technique known as the trompe l’oeil, references an overlaying image used to evoke an optical illusion that allows objects to appear in three dimensions. This clever maneuver uniquely transfers the Stan into something entirely new yet without changing structurally.

Raf Simons by adidas fall/winter 2019 is set to release in the months ahead.