Outspoken celebrities are nothing new, but up until recently, it’s been more or less a rarity for brands to step in and fully get behind their endorsement partners.

If there ever was a change on the horizon, PUMA is leaping forward towards it on the activism front with their newly-announced #REFORM platform. Leading this movement, PUMA has teamed up with none other than Olympic gold-medalist Tommie Smith, WNBA All-Star Skylar Diggins-Smith and award-winning rapper Meek Mill (the brand’s designated “Team Captains” of the movement), thus propelling them in their respective lanes of social change. 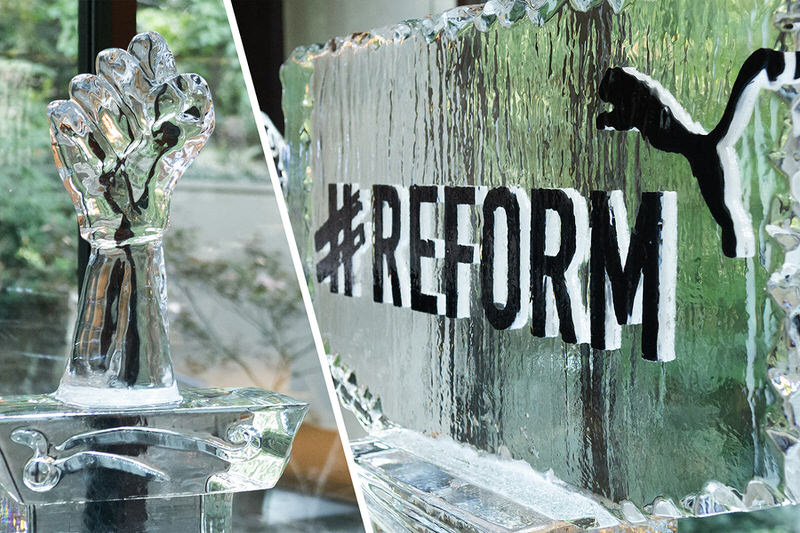 Starting 50 years ago with Tommie Smith and his “Silent Gesture” at the 1968 Summer Olympics in Mexico City, the gold-medalist took a symbolic stand on the winner’s podium, bowing his head and raising a gloved fist in an effort to draw attention to human rights abuses and discrimination. Since then, dedicating his life to the cause of universal equality, Smith has paved the way for many others including his fellow ambassadors on the PUMA team to spearhead their own causes.

Skylar Diggins-Smith, of WNBA stardom and known in the Twitter-verse to keep it 100 in 280 characters or less, is on her own mission for equality. Attacking an issue that’s dear to her, Diggins-Smith has taken to the forefront of the gender wage disparity discussion, not only by tweeting streams of consciousness, but also more recently by way of penning a long-form opinion piece in which she outlined the inequality faced by female athletes compared to their male counterparts that extends far beyond dollars and cents.

#REFORM doesn’t end there for the squad as rapper Meek Mill is taking his position as a leader spark change in the prison reform arena. Drawing upon his own past, present and future experiences of being caught up in the criminal justice system, Meek and the #FreeMeekMill movement have highlighted the problems of the criminal justice system – including excessive probation regulations, the disproportionate bail system and the lack of rehabilitation programs available, all the while addressing how it disproportionately affects people of color.

It doesn’t stop there for PUMA and their #REFORM Team Captains, as each are due up for their collaborative collections, with Tommie Smith’s, Skylar Diggins-Smith’s and Meek Mill’s respective collections being soon to release and all proceeds from the sales going to support charities fighting for universal equality, advancing gender equality and working to reform the criminal justice system.