The Air Jordan 6 “Infrared” signified more than just a sneaker when it released in 1990. Tinker Hatfield created one of the most advanced technical Air Jordan sneakers for the 1990/1991 season as Michael Jordan and the Chicago Bulls ended on to lock up their first NBA Championship.

The Air Jordan 6 featured a pull-tab at the heel, an exposed Air unit and most importantly a lace lock system and Dynamic-Fit sleeve topped-off with a perforated durabuck upper.

Nearly three decades later, the Air Jordan 6 “Infrared” continues to make an impact. The legendary AJ6 released with the OG “Nike Air” branding earlier in 2019 ahead of All-Star Weekend.

Outside of the hardwood, the Jumpman byproduct and the Air Jordan 6 “Infrared” have transcended through time, sport and culture. 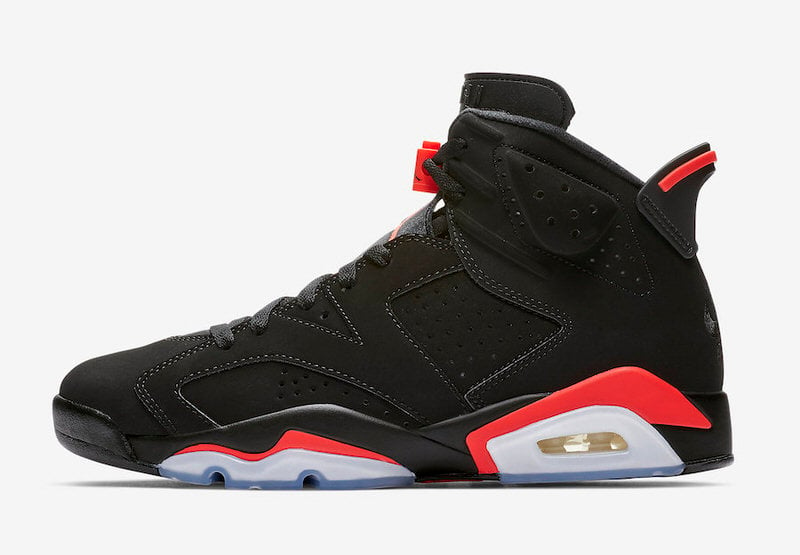 As we know, Jordan’s dominance as a brand expands far past the hardwood.

Ahead of the 2018/2019 football season, the historic French club Paris Saint-Germian announced a partnership with Jordan Brand with a series of shoes, apparel and an unprecedented Jordan x PSG “Home” and “Away” kit exclusively for the prestigious Champions League tournament.

A year later, Jordan Brand and PSG came correct with another fire kit.

Unlike last year’s Champions-exclusive kit, this upcoming Infrared-inspired set will be worn through the season as the official “Away” kit for the Ligue 1 campaign.

According to Nike and Jordan Brand, the jerseys are slated for a wide release on Nike Football on July 27.