Virgil Abloh is a product of Big 10 country growing up in Chicago getting an education at the University of Wisconsin.

While the Chicago native is best known for being a Yeezy Alumni in the 2000s, the Off-White x Nike Dunk Low sees an homage to the Swoosh’s rich history in college sports that the brand anchored in the 1980s.

Before Be True transformed as to a celebrated mantra for LGBTQ rights on Nike product, it was associated with the Swoosh’s Be True to Your School campaign which featured Nike’s new Dunk High basketball shoe in colorways designed for universities across the country.

Eight elite schools across the land were included in Nike’s launch of a dedicated focus on collegiate athletes with programs that included Arizona, UNLV, Iowa, Michigan, Syracuse, St. John’s, Villanova, and Georgetown.

For the 20th anniversary of the Nike Dunk in 2005, Nike SB assembled a collection of the OG colorways from Be True To Your School.

Fast forward to the last year of the 2010s and the Dunk is best known for its prowess in skateboarding and street culture. Hip to all the above but specializing in style, Abloh has redressed the Nike Dunk Low in OG Be True motifs as low tops with zig-zag bungee lacing. 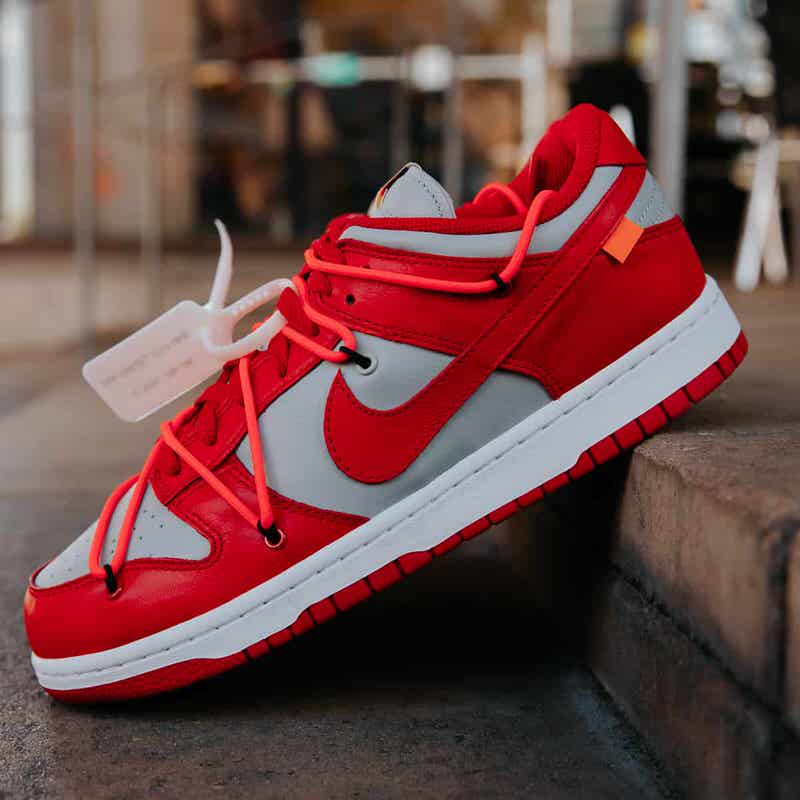 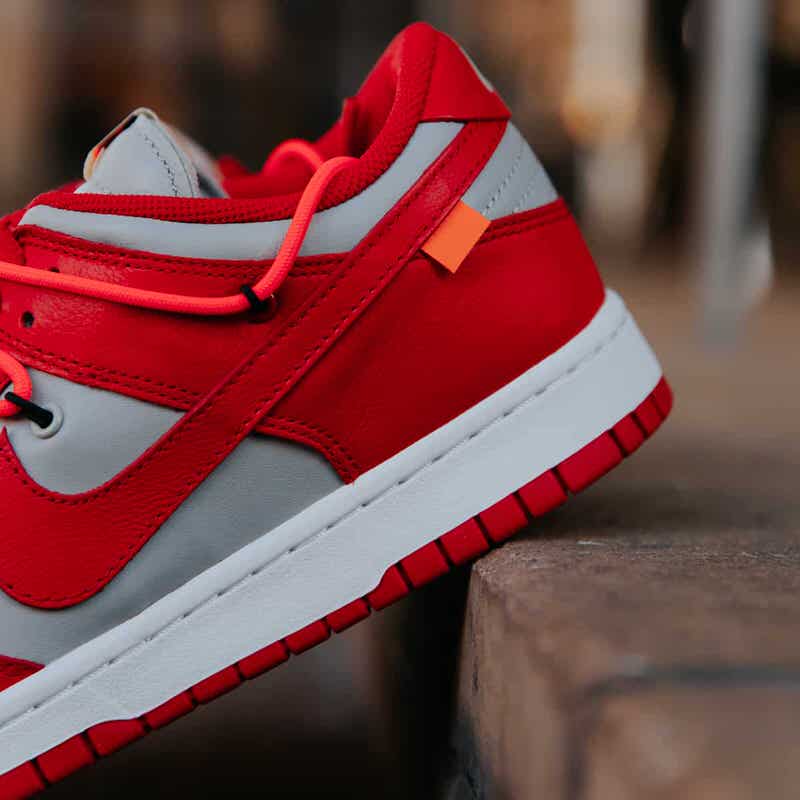 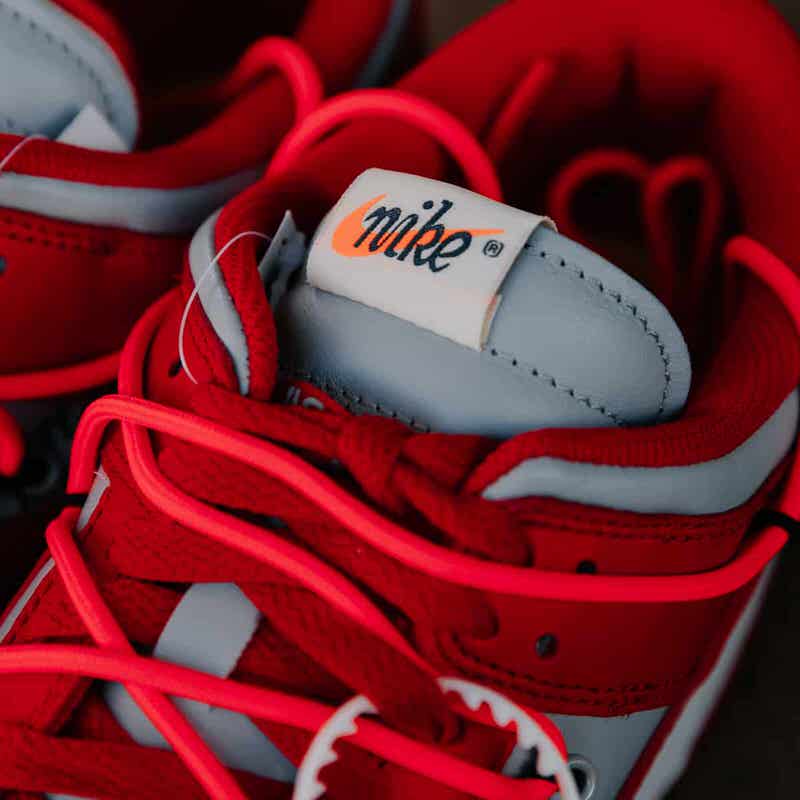 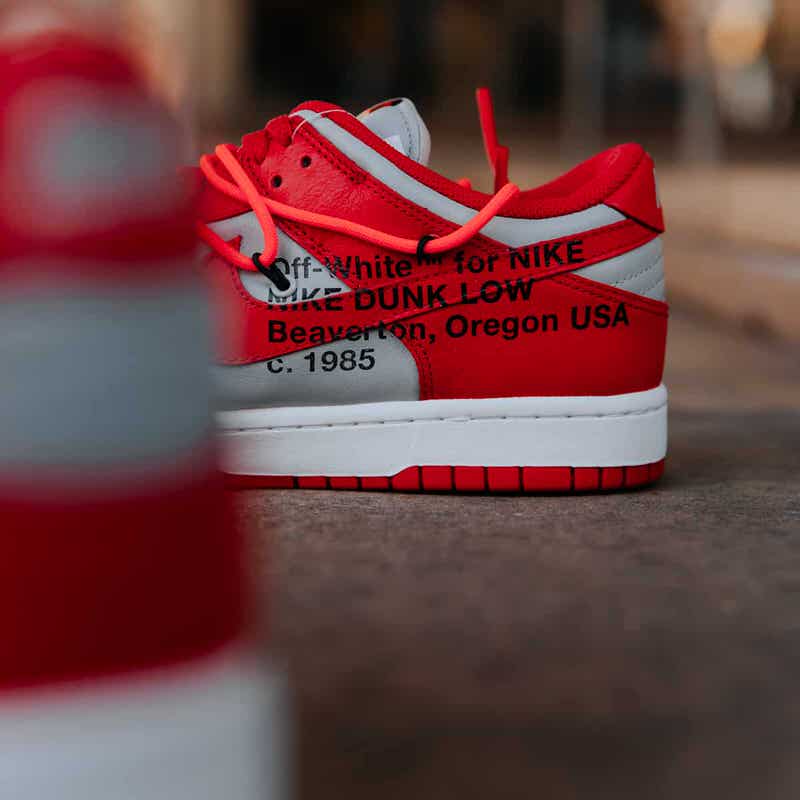 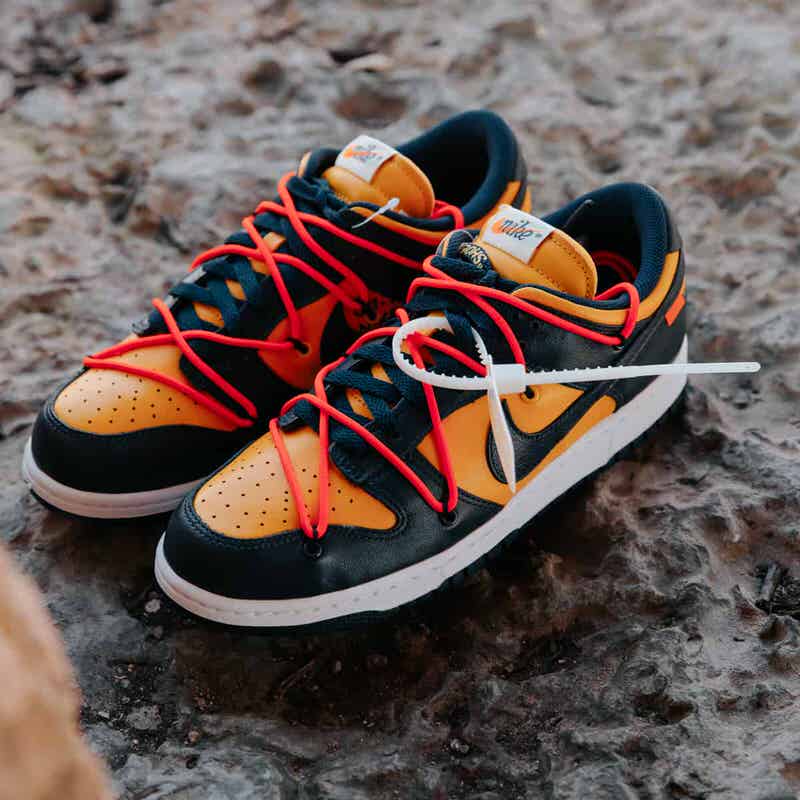 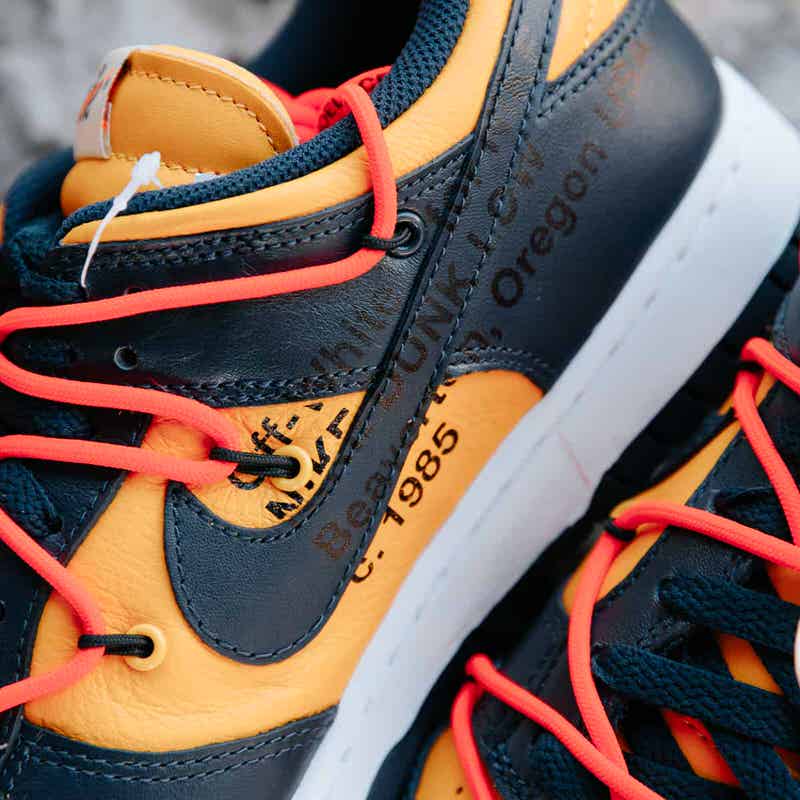 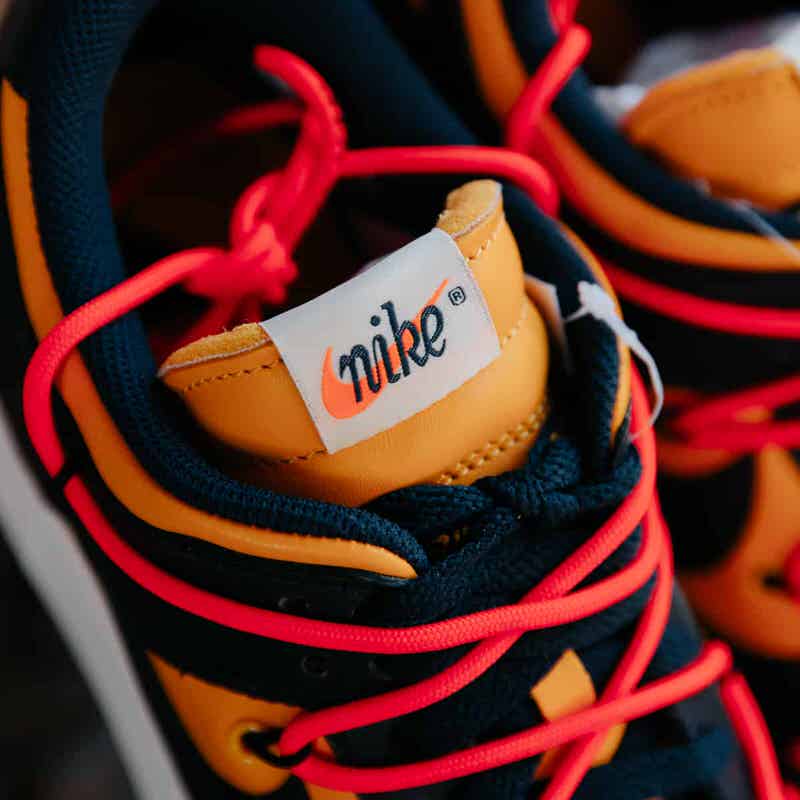 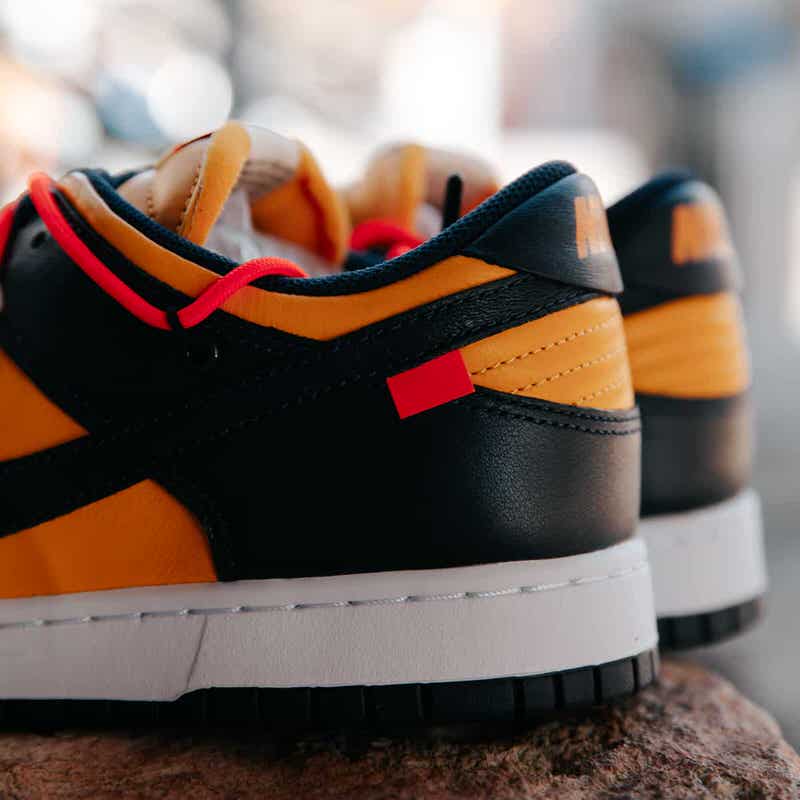 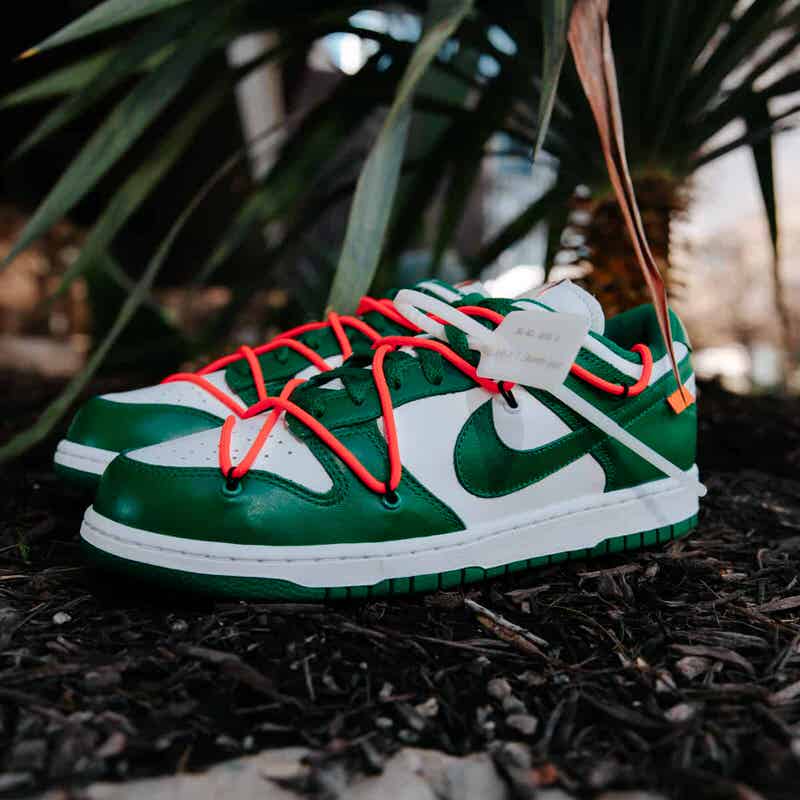 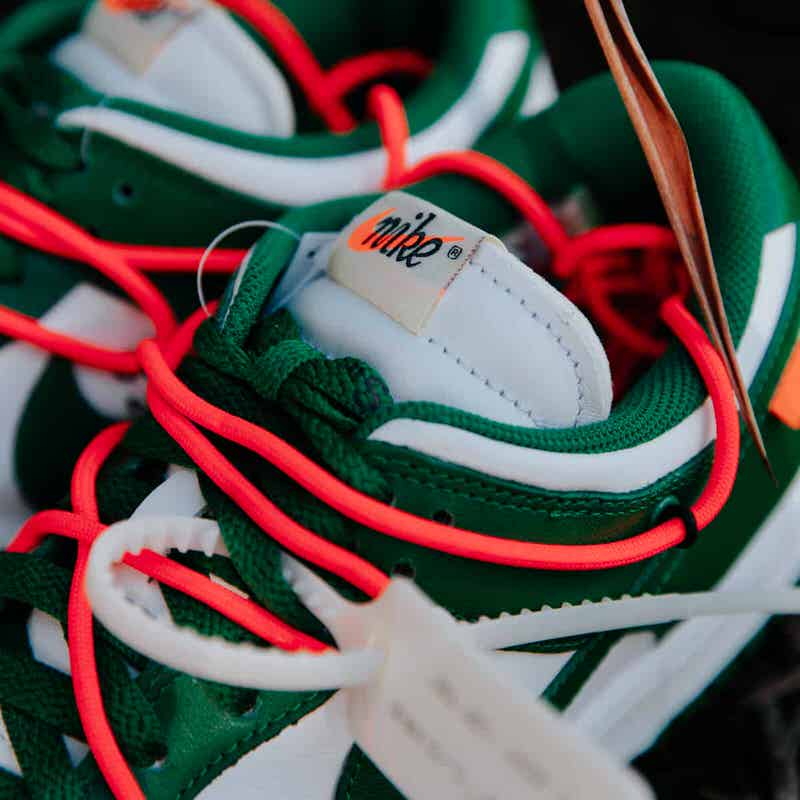 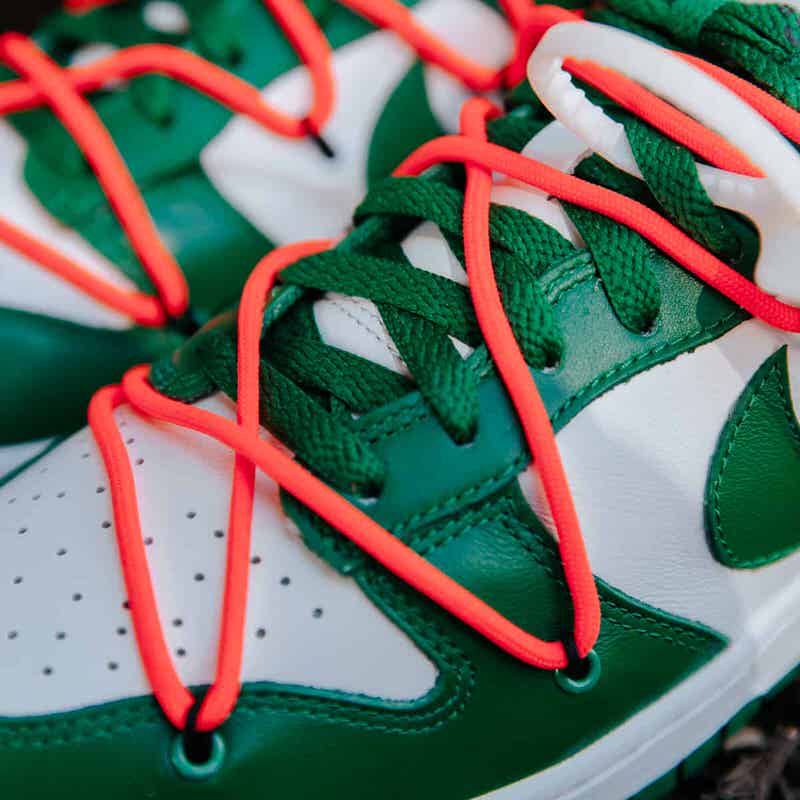 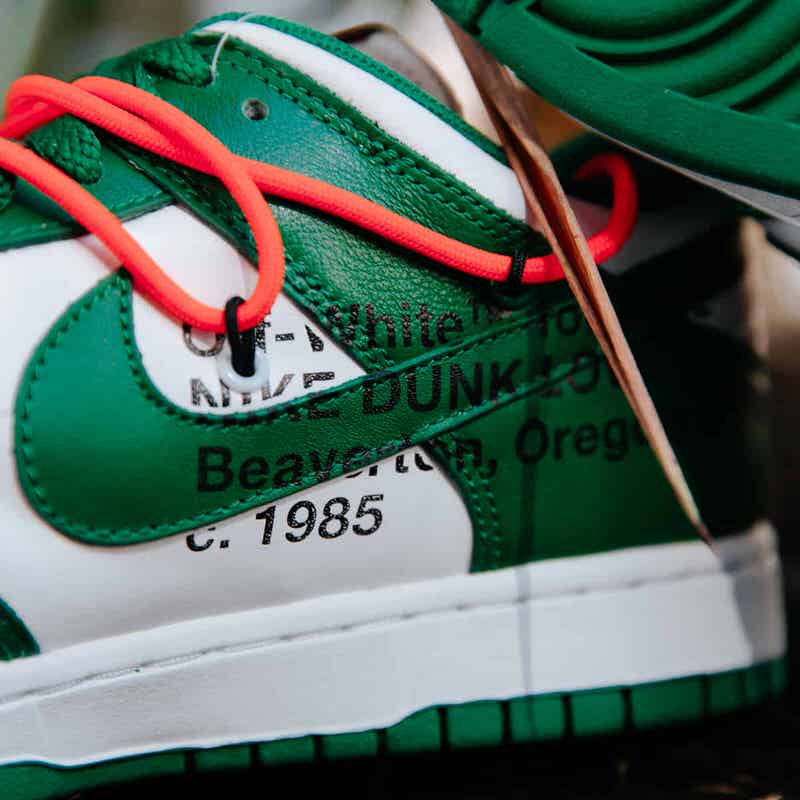 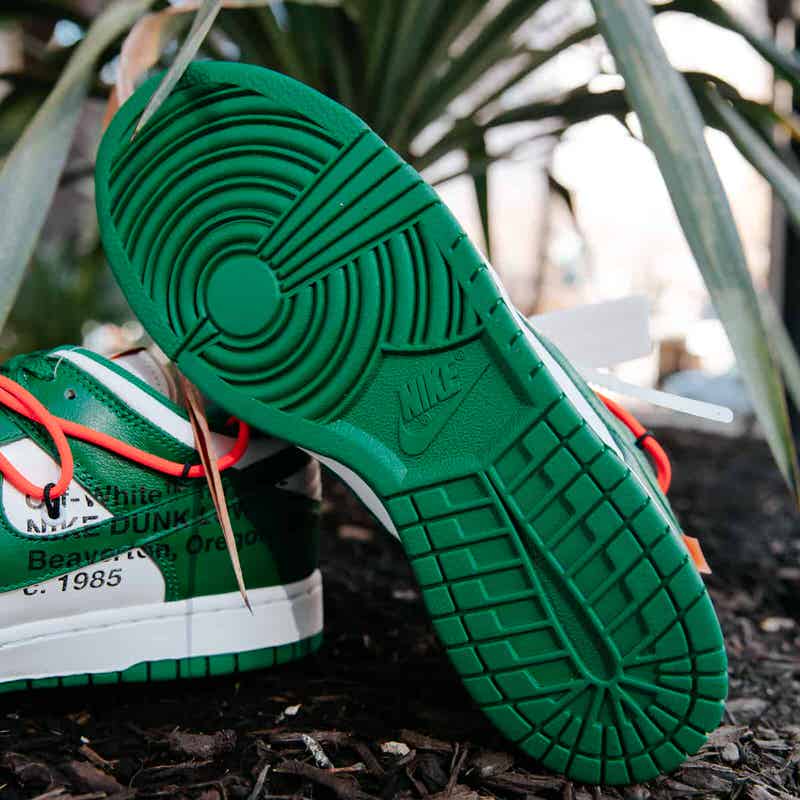 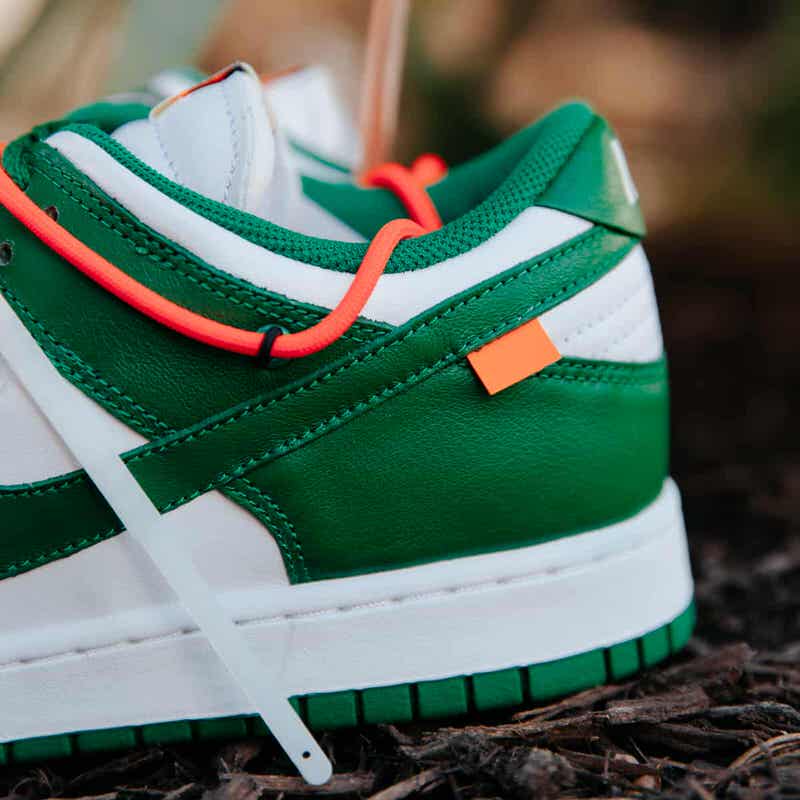 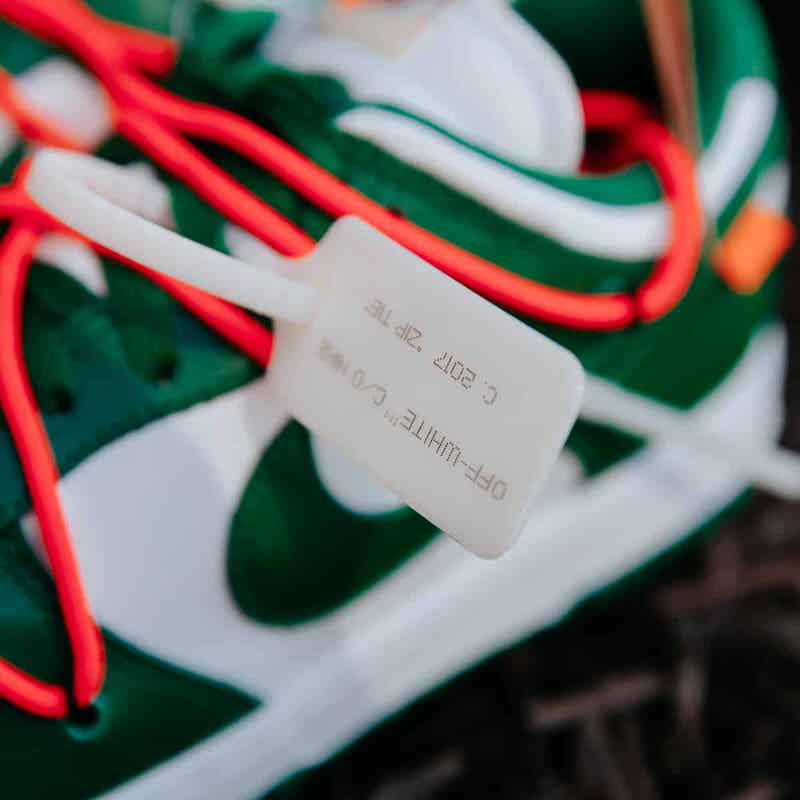