Kevin Durant tonight will appearance in the NBA Finals for the second time in the last five seasons. Durant will face a familiar foe in LeBron James, whom he squared off against back in 2012 as a member of the Oklahoma City Thunder. KD, of course, is hoping for a different outcome here five years later.

The Nike KD 10 may bring the University of Texas alum some luck, as he’ll certainly lace up his new signature sneaker tonight and throughout the series. This “University Red” colorway isn’t likely one we’ll see KD rock during the series, given its primary colors oppose that of the Warriors unis. Yet this September release of the Nike KD 10 “University Red” is one you’ll want to check for in the summer months ahead. Grab a look below and share your thoughts. 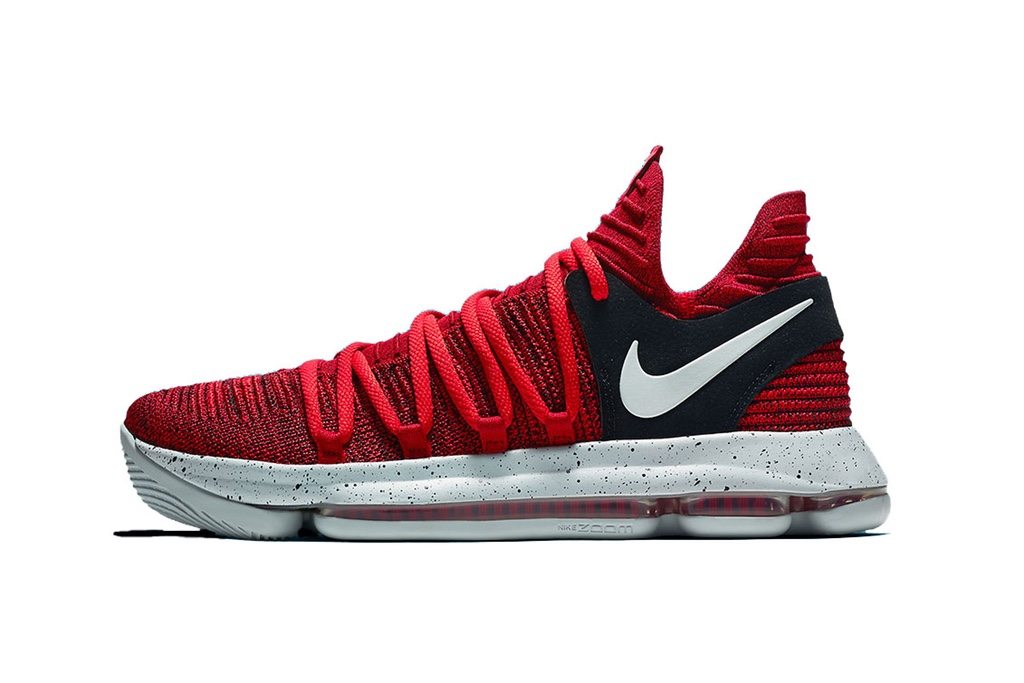