20 years have passed since the Dream Team won gold at Barcelona. Considered by many to be the greatest team ever assembled, the Dream Team won every game they played by an average of 44 points. This summer, Nike commemorates one of the most dominant teams ever by creating a line of apparel and kicks dubbed the “Dream Team” collection. Comprised of the Nike Air More Uptempo, Nike Shox BB4, Nike Air Force 180, Nike Air Zoom Huarache 2K4 and Nike Air Force 1 Hi, this just might be the greatest USA themed silhouettes released as a collection. Check out additional images below. 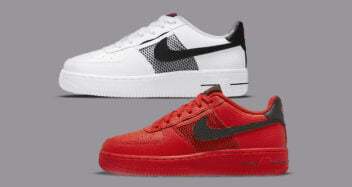