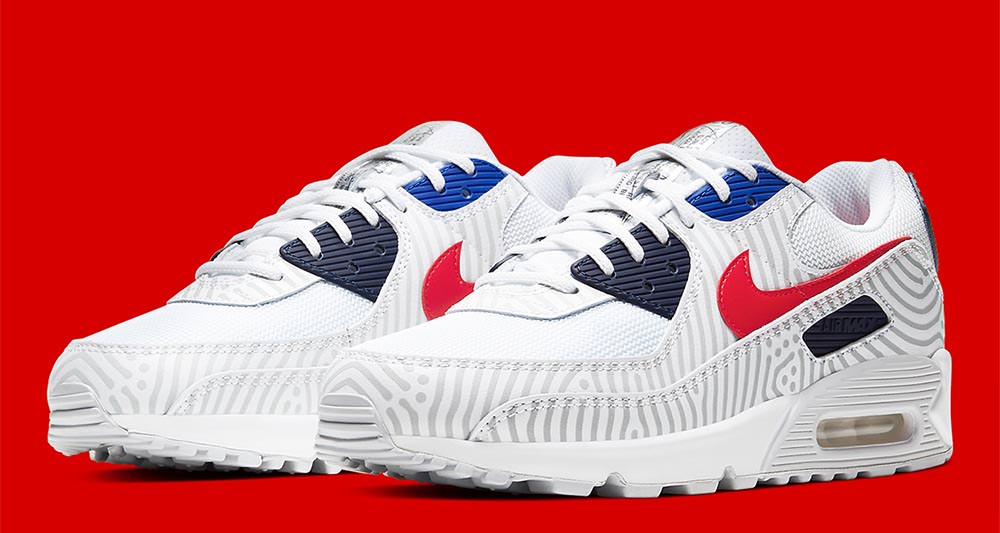 Prior to 2019, Nike had maintained a conservative stance in the design of its Swoosh branding. However, since the reverse Swoosh was released to mass appeal, the brand has not been afraid to add subtle tweaks to their signature logo. Continuing with the “Euro Tour” series, this Air Max 90 features the lightning bolt-like design as well as a variety of graphics.

Differing from the other minimalist “Euro Tour” sneakers announced or released thus far, this iteration of the Air Max 90 features bold patterns and a variety of colors. Along the retro runner’s mudguard to its heel, grey lines and circles are seen creating almost a hypnotic graphic. Meanwhile, the sneaker features loud red accents on its Swoosh, as well as hues of blue on the heel and lace tabs. In the insole, the sneaker features the “Euro Tour” signature lightning Swoosh.

No official word has transpired about this sneaker’s release but look for this Nike Air Max 90 “Euro Tour” to drop in the near-by future. In other Air Max 90 news, the Color Pack features four new color schemes.