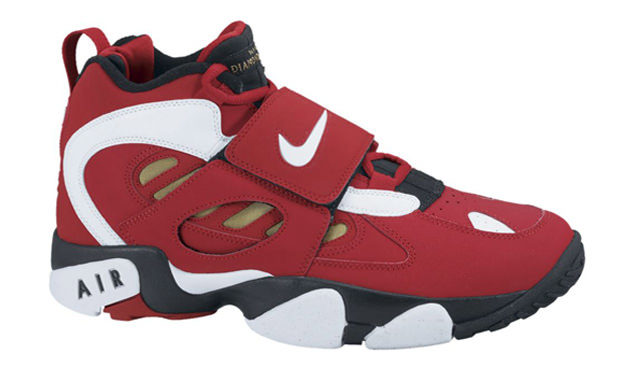 Randy Moss signing a one-year deal with the 49ers isn?t the only thing their fans are excited for. The Nike Air Diamond Turf II Varsity Red/Metallic Gold is set to release on April 6, 2012. With this recent unveiling, do you think we?ll see a Baltimore Ravens, Dallas Cowboys, or Washington Redskins inspired colorway next?