BMX pro Nigel Sylvester announced earlier this year that he had an Air Jordan 1 collaboration in the works. Sylvester later spoke in greater detail about the upcoming release while introducing the latest installment to his budding “GO” campaign in New York City. Today he debuts the collaborative sneaker for the very first time.

On its face, the design is one of the more inspired that we’ve seen from the Air Jordan 1 in recent times. Nigel, who almost exclusively rides in the famed 1985 design, is intimately aware with how the shoe wears after extreme usage. That said, his design takes on a weathered aesthetic seen through a Sail colored upper to mimic yet circumvent the aging process. Coupled with a black nylon tongue, a miniature Swoosh stamps the lateral toe while strategically placed scuff marks round the front foot and heel.

Nigel’s adoration for the Air Jordan 1 has long been felt in still images and many of his viral videos. From the “Shadows” to the “Royals” and everything in between, Sylvester has biked in the lot of them. There’s a matrimony between Sylvester and the Air Jordan 1 that dates back years. Later this month, when the shoe is expected to release, that union will join the Lance Mountain x Air Jordan 1 in rare air.

Expect more details on the Nigel Sylvester x Air Jordan 1 in the weeks to come.

Update 8/17: JB has offered a closer look at Nigel Sylvester’s Air Jordan 1. The shoe is set to release on September 1st.

Update 8/27: Official images for Nigel’s Air Jordan 1 have been revealed. The release date remains September 1. Pricing details have not been announced. 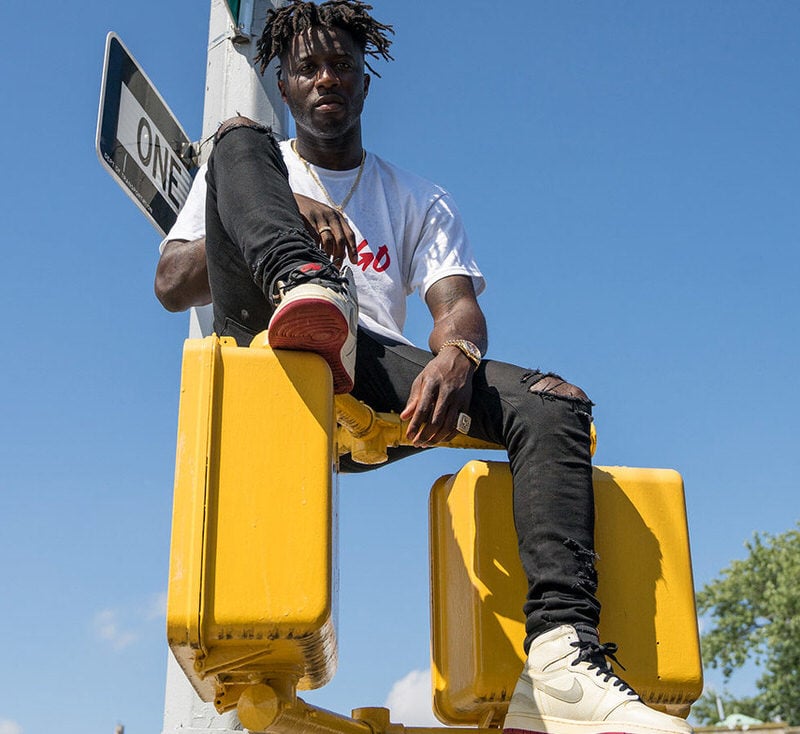 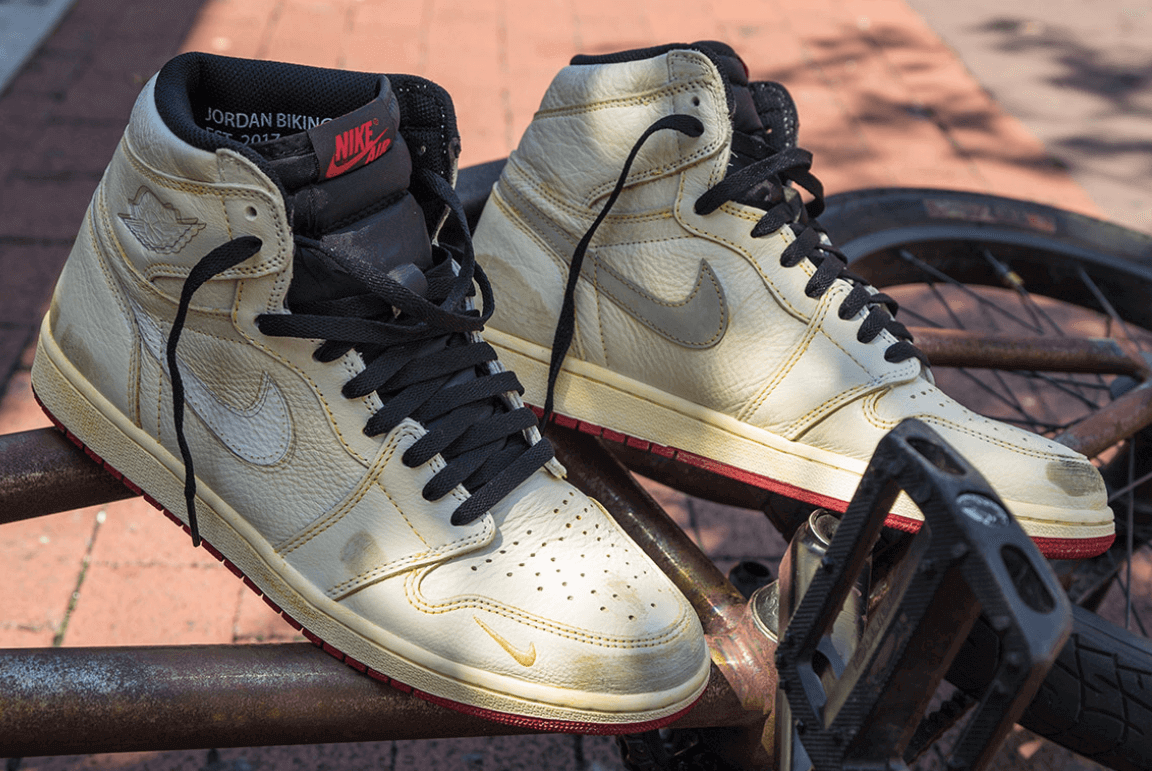 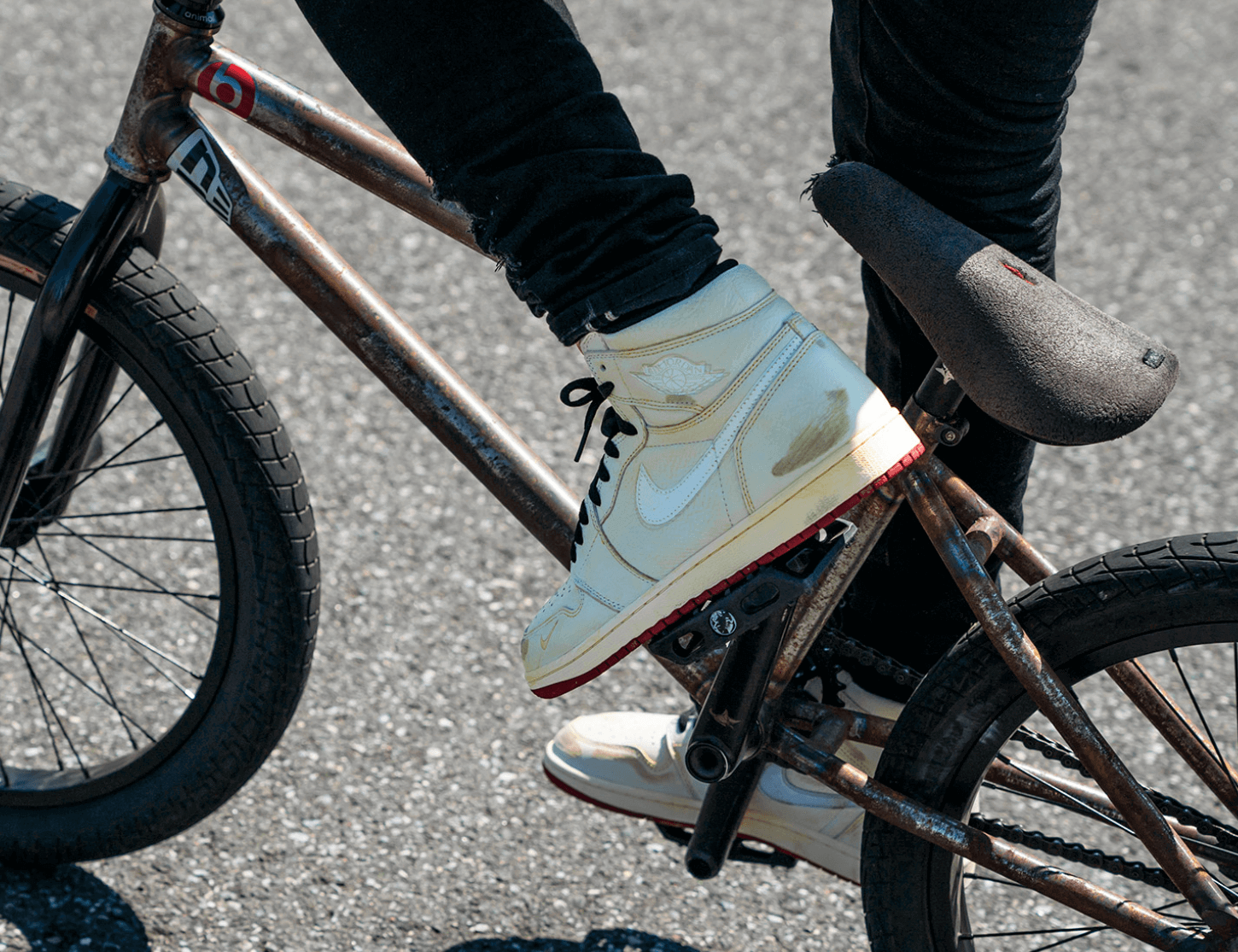 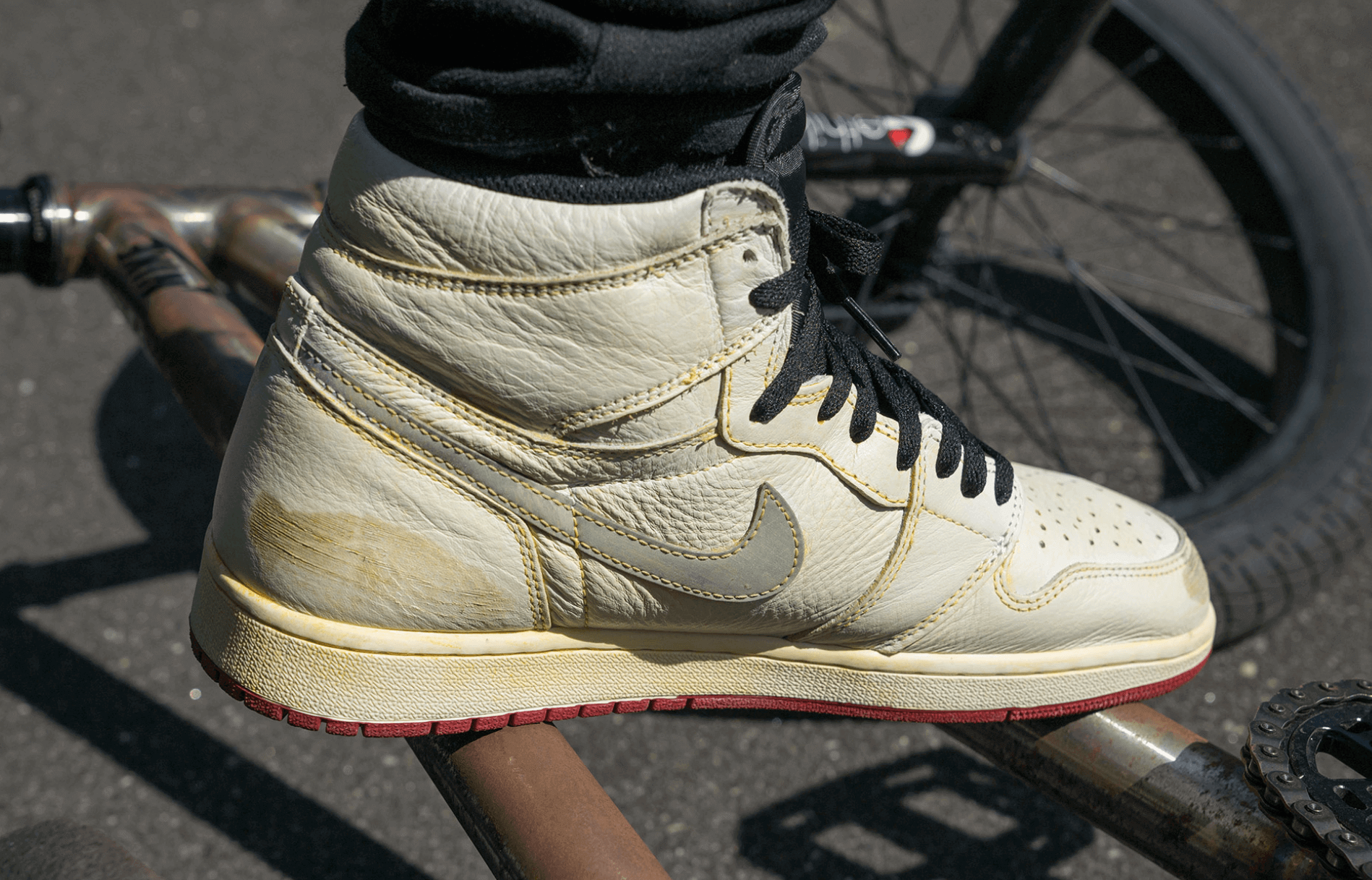 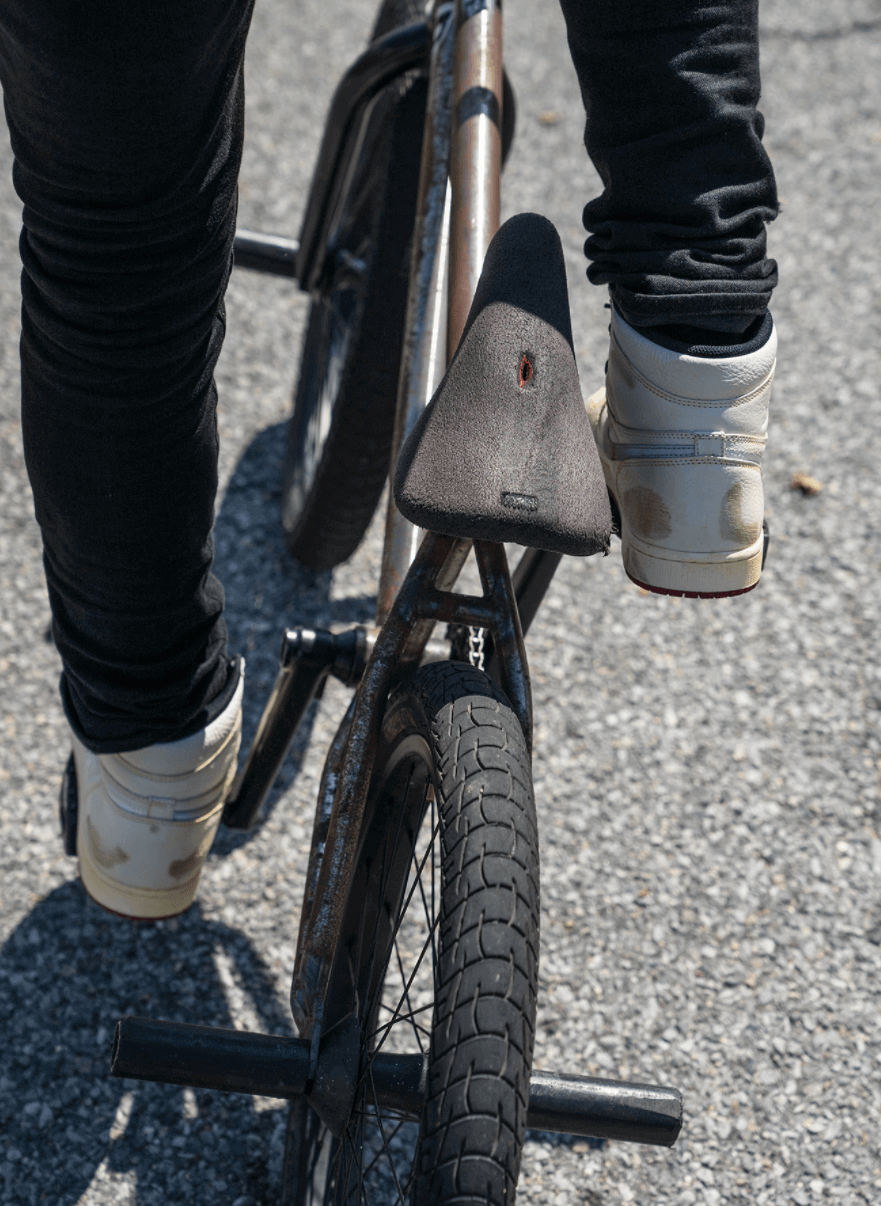 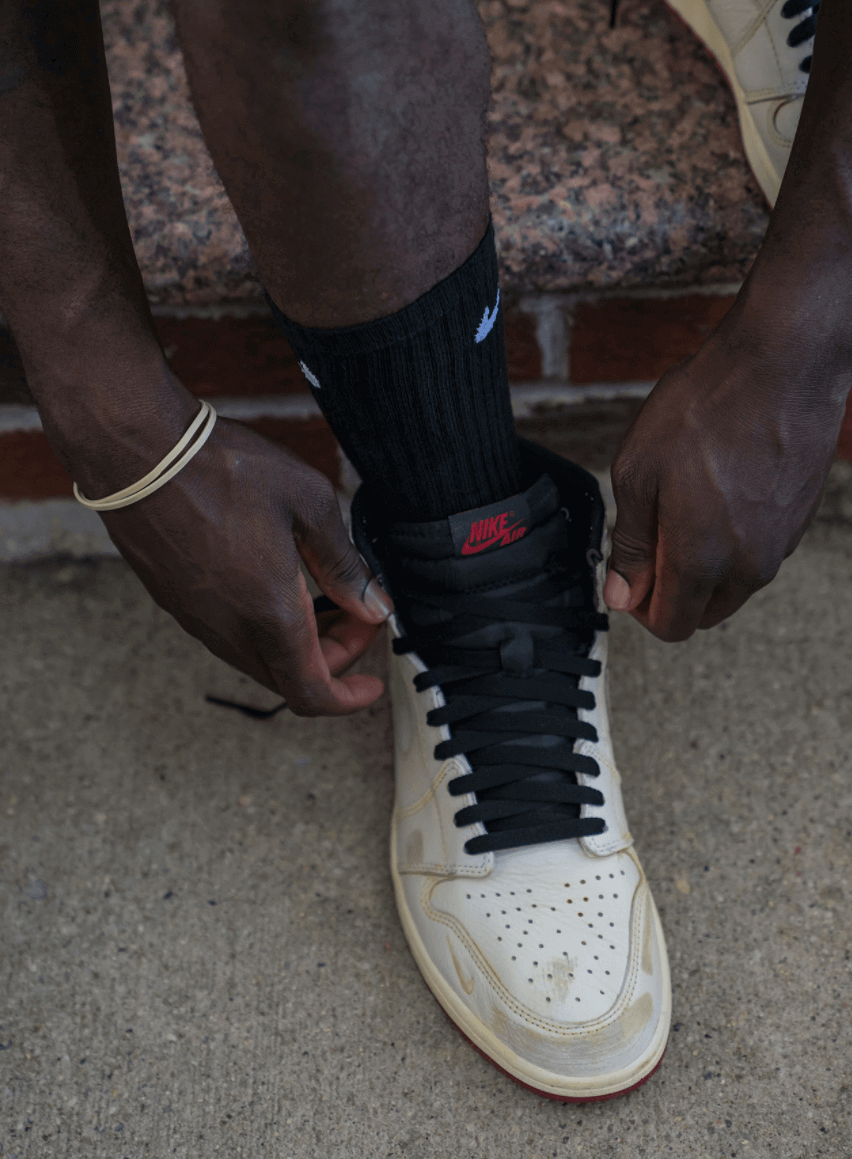 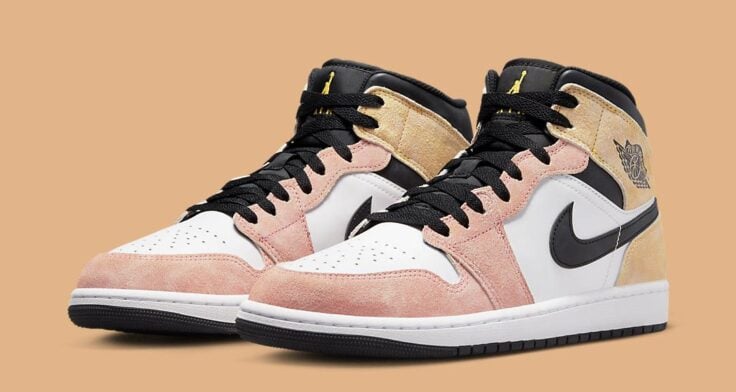