Following the success of her Air Jordan 1 Mid “FEARLESS” campaign, Melody Ehsani and Jordan Brand are back with another collaboration this spring. Ehsani herself took it to the ‘gram to tease the her upcoming collab with Jordan Brand.

While there’s no indication of what’s in store, her cryptic caption alludes to an Air Jordan 3. Word to Mars Blackmon.

According to the IG teaser, expect the collab to drop sometime in March. Stay up to date with everything regarding the Melody Ehsani x Air Jordan collab here at Nice Kicks as the story develops.

Melody took it to the ‘gram and Twitter to give us a closer look at the upcoming collab. The silhouette of choice is set to be the Air Jordan Womens which got the retro treatment this year. The all-black pair features a red outsole and detail on the tongue.

No word on a release date quite yet. Keep it locked here at Nice Kicks for more.

We now get an official look at Melody Ehsani’s upcoming Jordan collab in full details.

According to Melody herself, the shoe will release first at the Soho retail store on Saturday March 14. The stores will serve the ladies first (9am-11am EST) and then the general public on a first come first serve basis. The shoe is set to release globally on March 19, 2020.

Peep the pair below, and let us know if you’re looking to grab these. 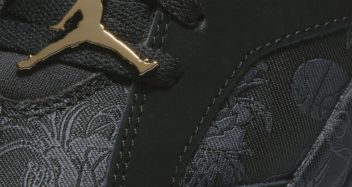 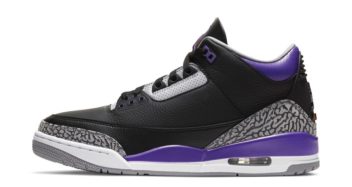