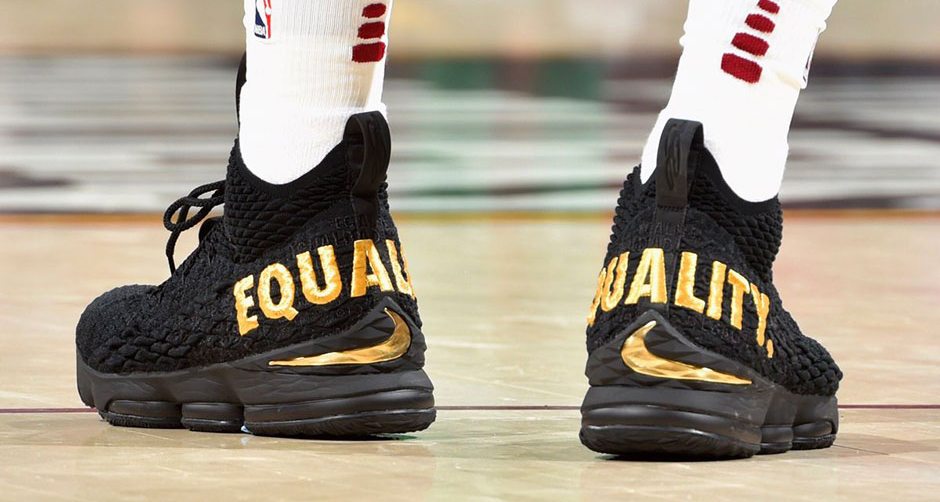 With the NBA season just starting, the Cleveland Cavaliers have so far played just four games. Yet in those four games, LeBron James has already debuted different player exclusive iterations of the Nike LeBron 15, like his “Equality” PE.

James debuting different PE versions of his signature sneaker already isn’t too surprising though. Mainly because, James is simply ecstatic about the LeBron 15.

Appearing on UNINTERRUPTED’s “Road Trippin” podcast to talk about the LeBron 15, James raved about his newest signature sneaker.

“I think we hit a home run on this one,” James said. “We’ve hit some singles. We’ve had some doubles. We had a couple triples in the last three or four years. But I think finally we came out to play and hit a f—— home run.”

It’s funny that James would use a baseball analogy to describe a basketball shoe but it does actually work. And it also shows how excited James is about the LeBron 15, a shoe that he’s already putting up MVP-like numbers in this season.