Miss the Mamba? A new study from Versus Reviews shows the NBA does and not based on rankings.

Compiling data from the 2016-17 NBA Season and recent summer league, Kobe Bryant still has the most popular sneakers in the Association. How so? More players are wearing his sponsored shoes/line than anyone else on the market. Why is that? Well there are a few statistics to support such figures and also a few guesses of our own.

According to the data, 60% of the NBA wore Nikes last season. The Nike Kobe AD was a major push from Nike in inline, PE and iD form. Kobe was the both the hero to many of the current players and is also no longer a competitor as some athletes can’t get down with playing in the shoe of their on court opponent.

Other takings from the data cite guards as the position to most likely wear a sponsored shoe. Not surprising as smaller players have typically come off as more relatable and recently cooler than that of their post compadres. In addition, the top five most popular models in the NBA during said span rank from first to fifth as the Nike Kobe AD, Nike Hyperdunk 2016, Nike PG1, adidas Crazy Explosive, and Nike KD9.

See graphs below from said study and let us know your takeaways on the comments section and on social. 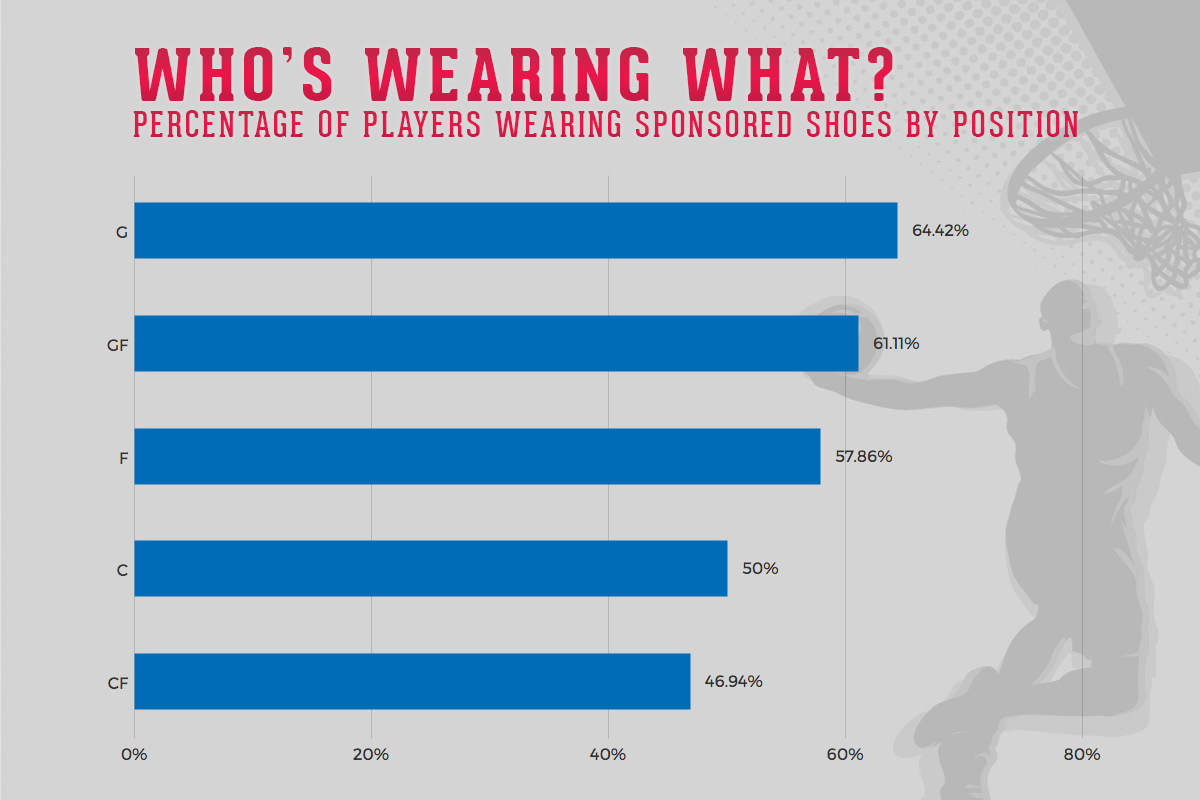 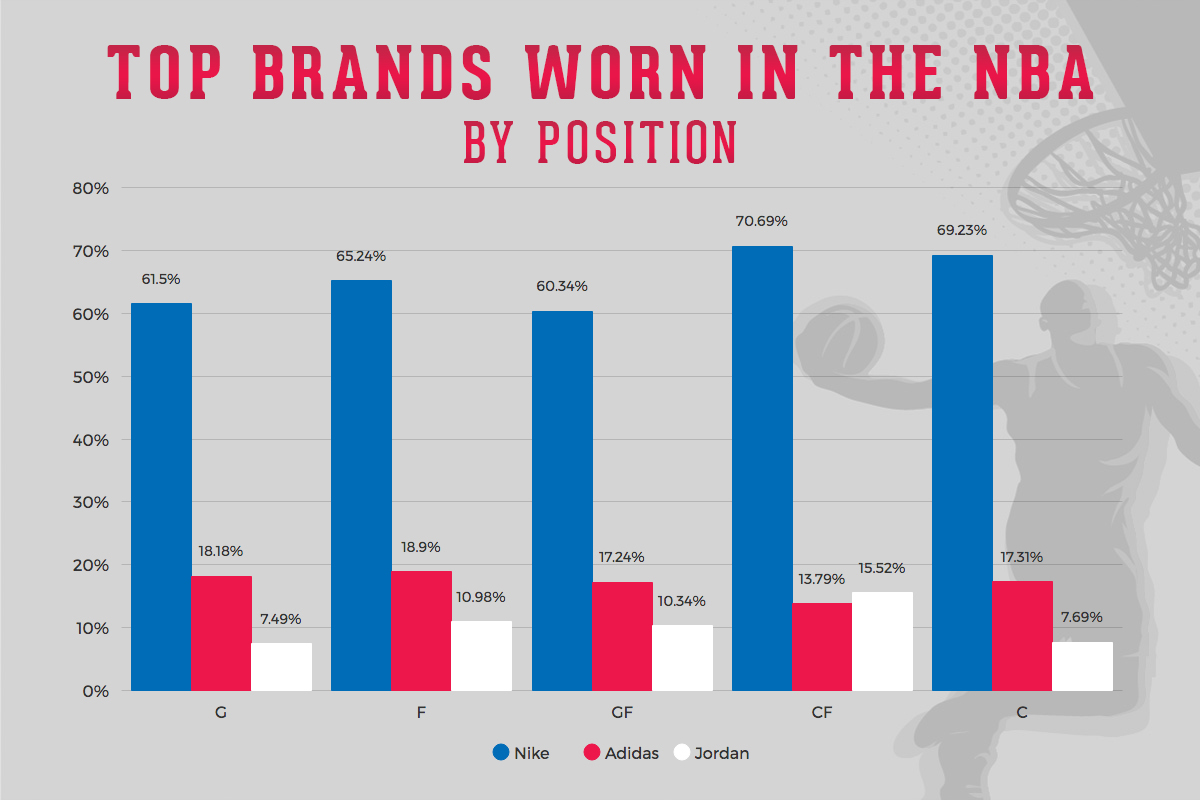 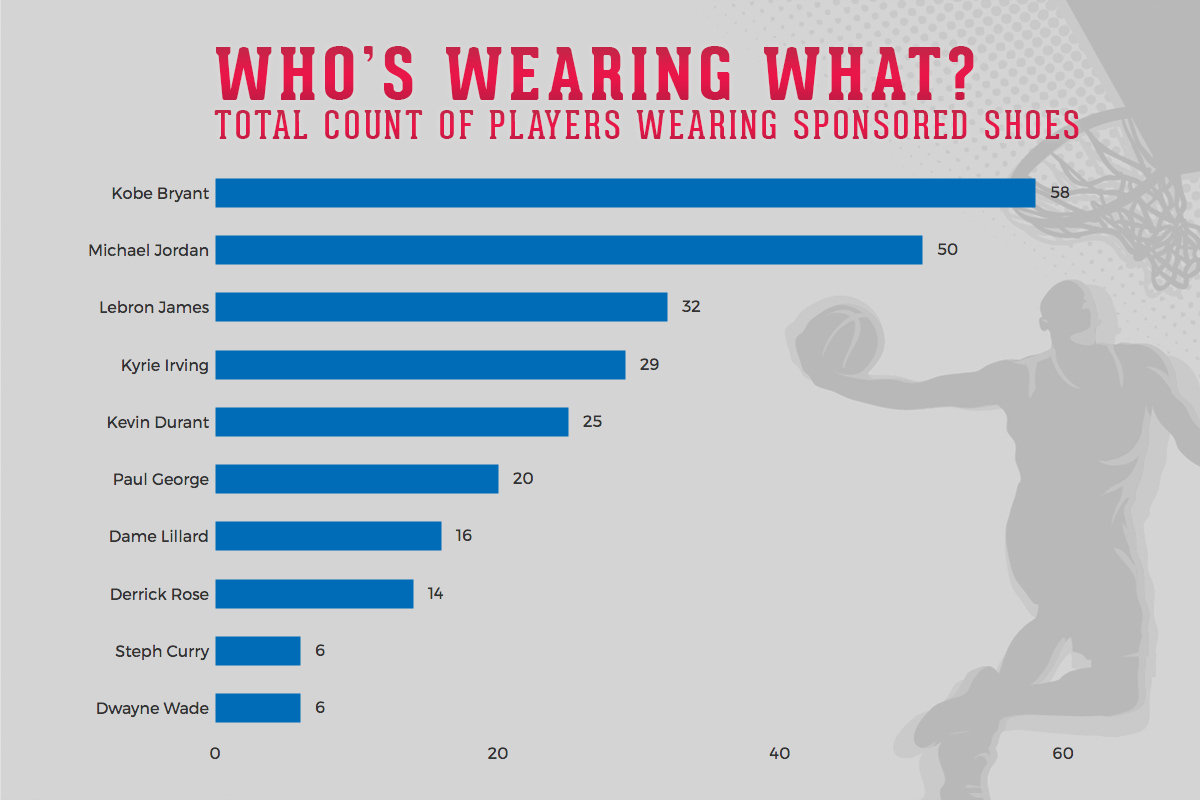 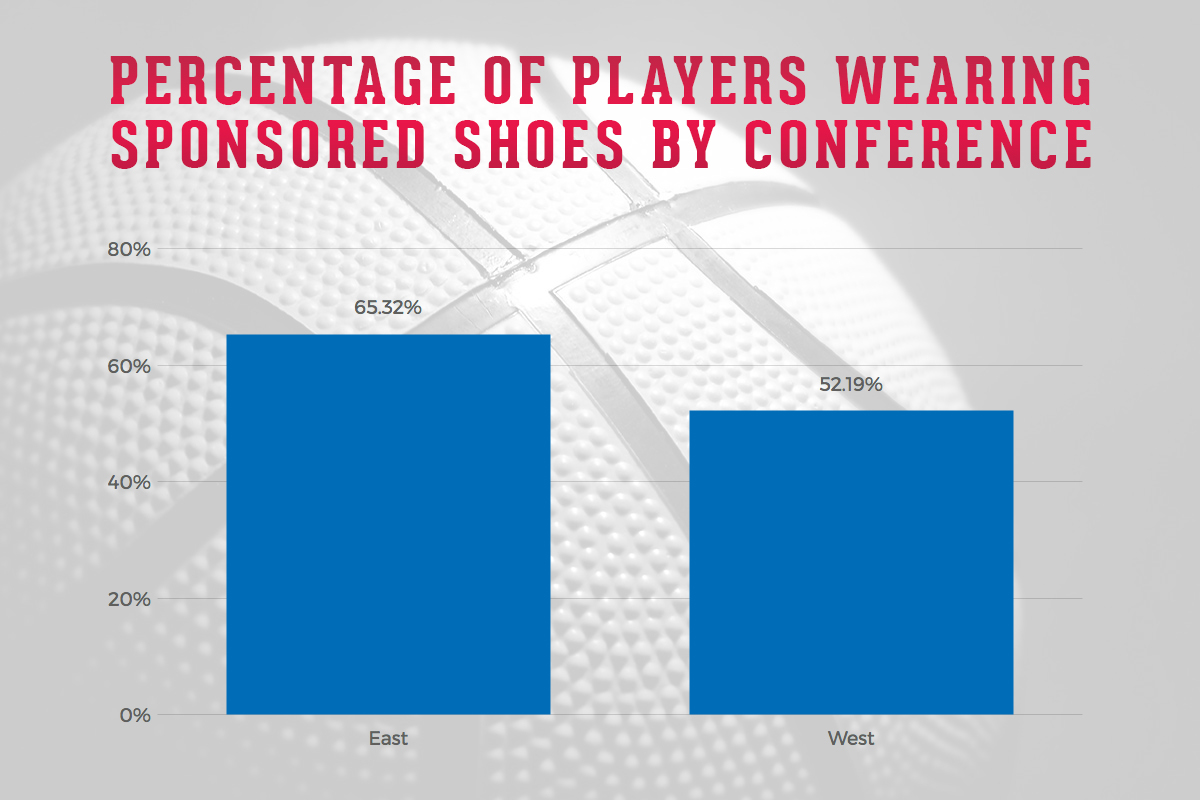 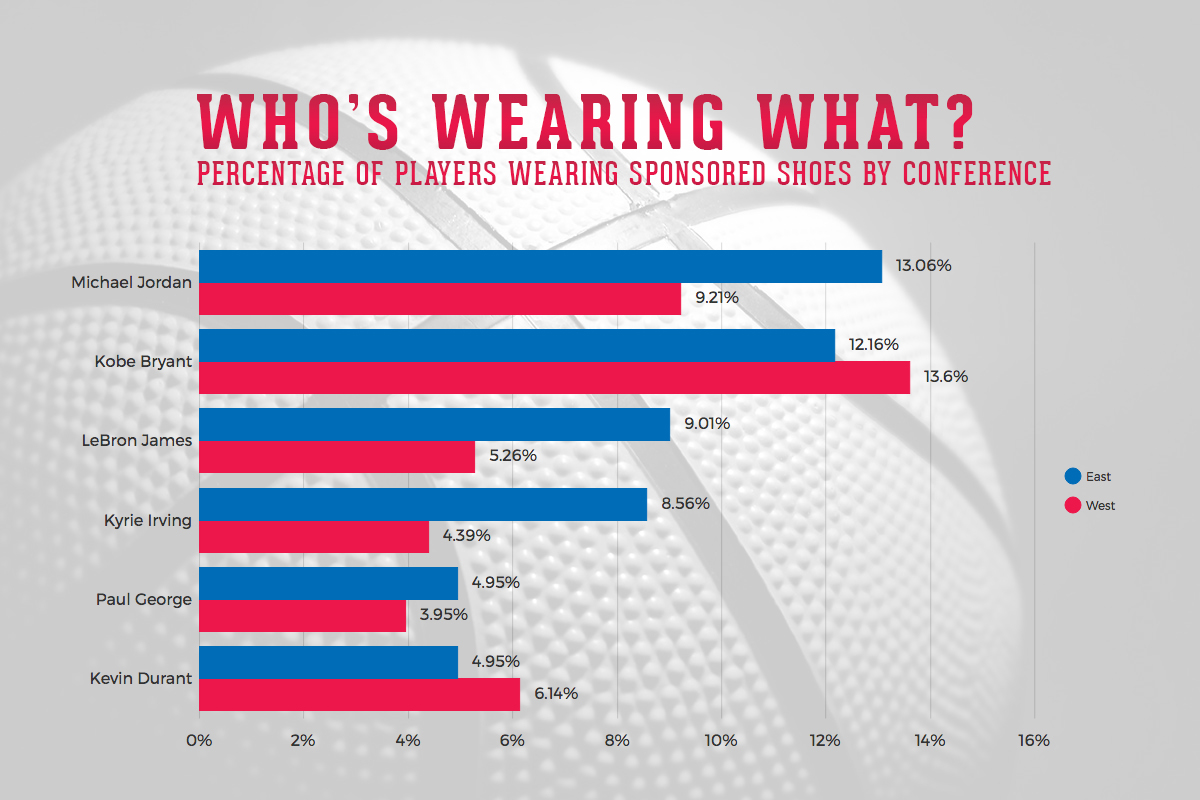 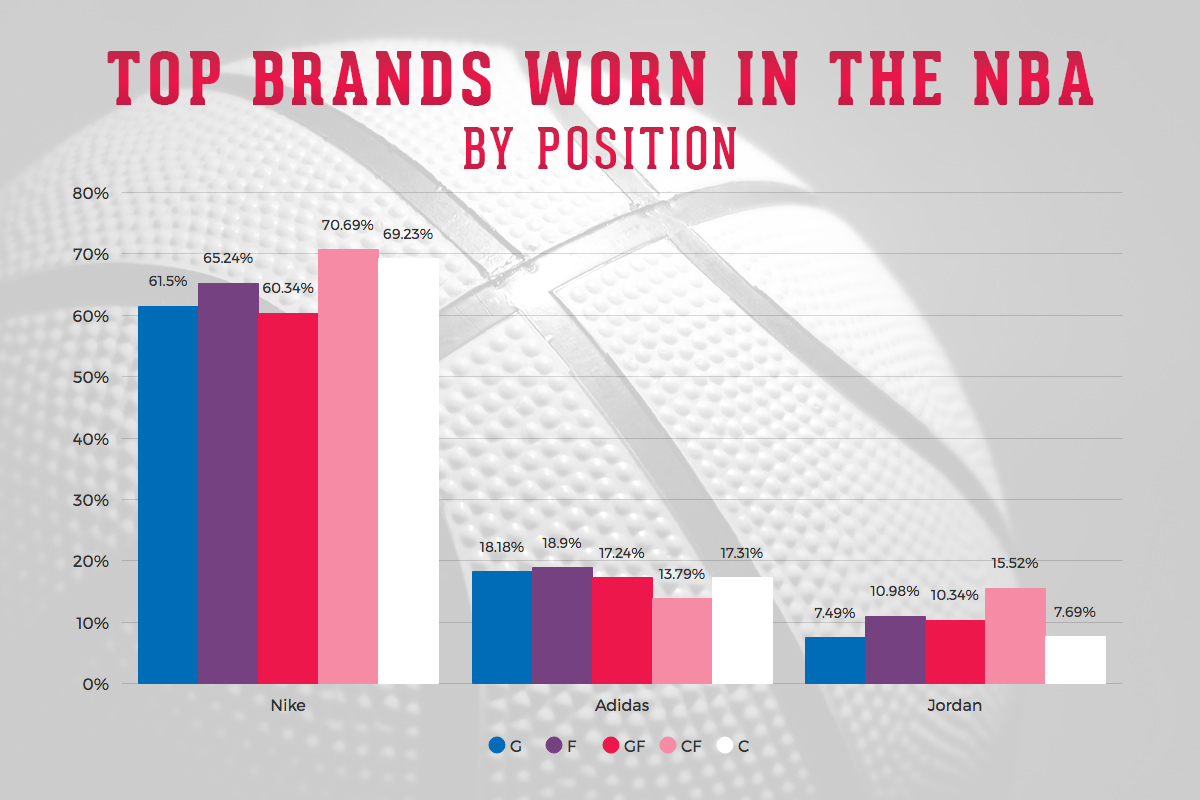 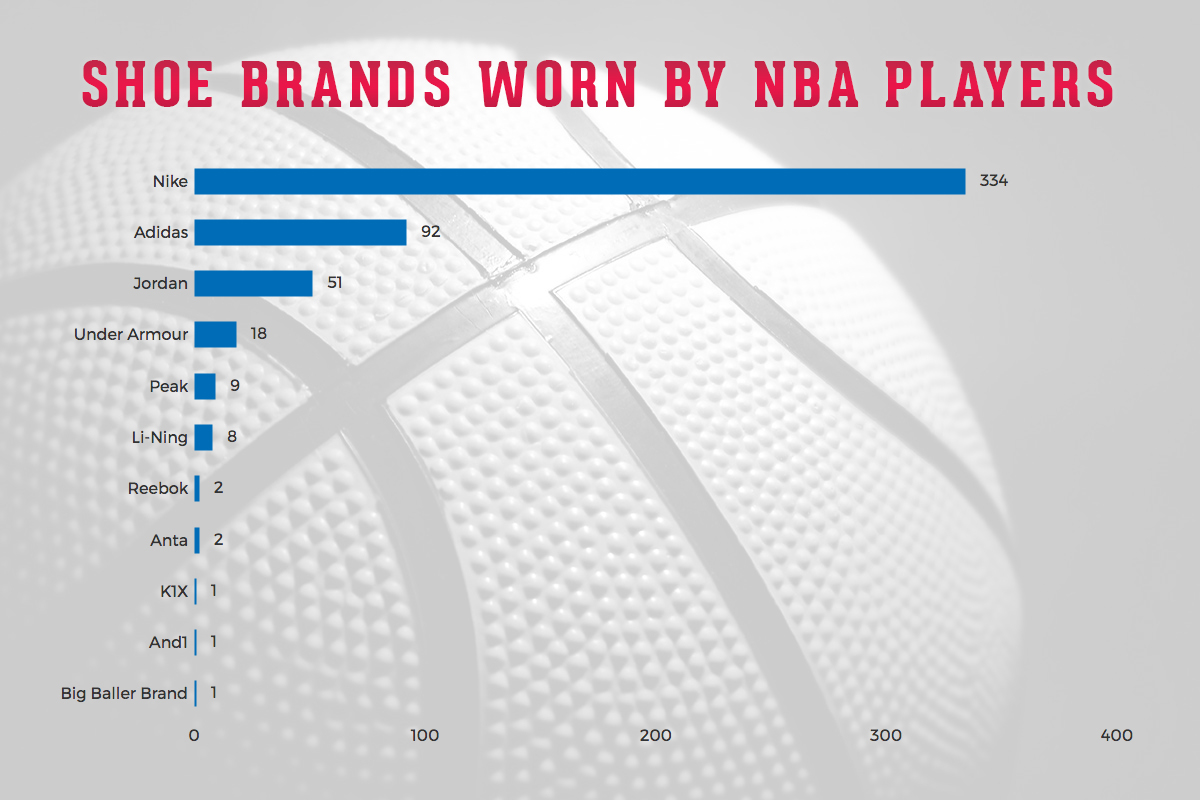 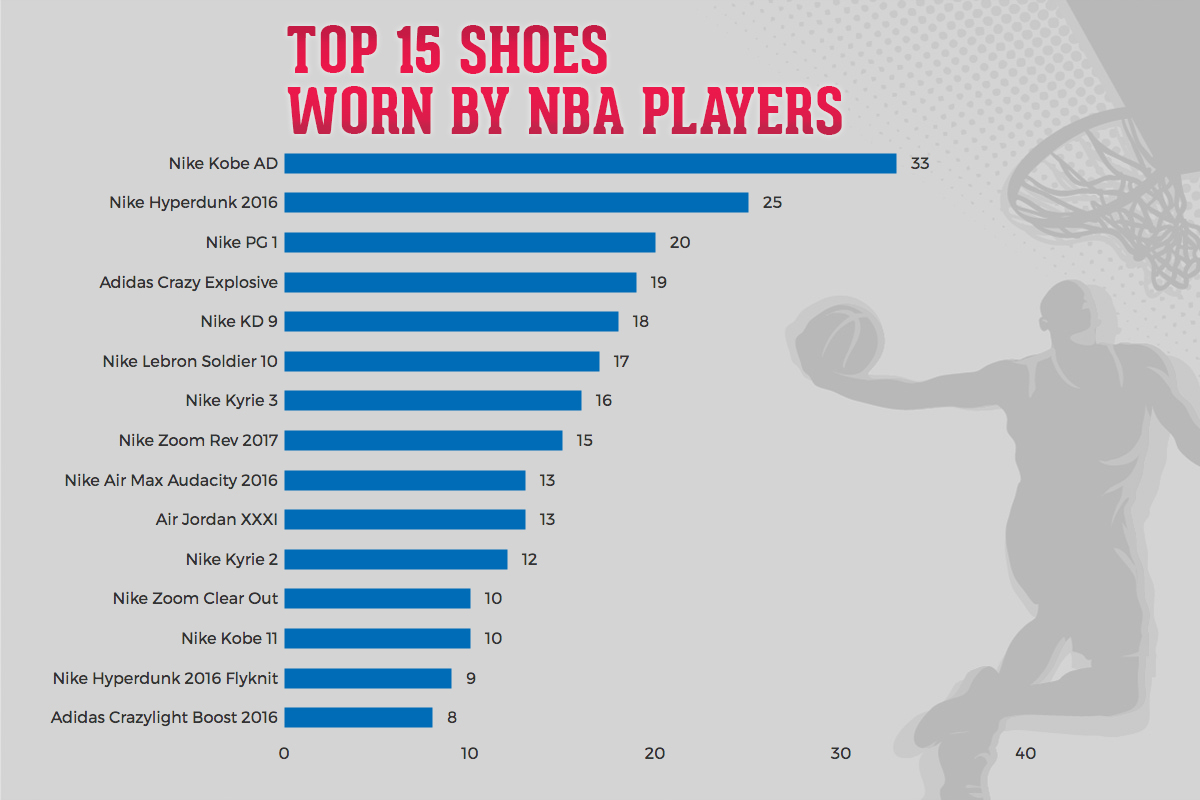 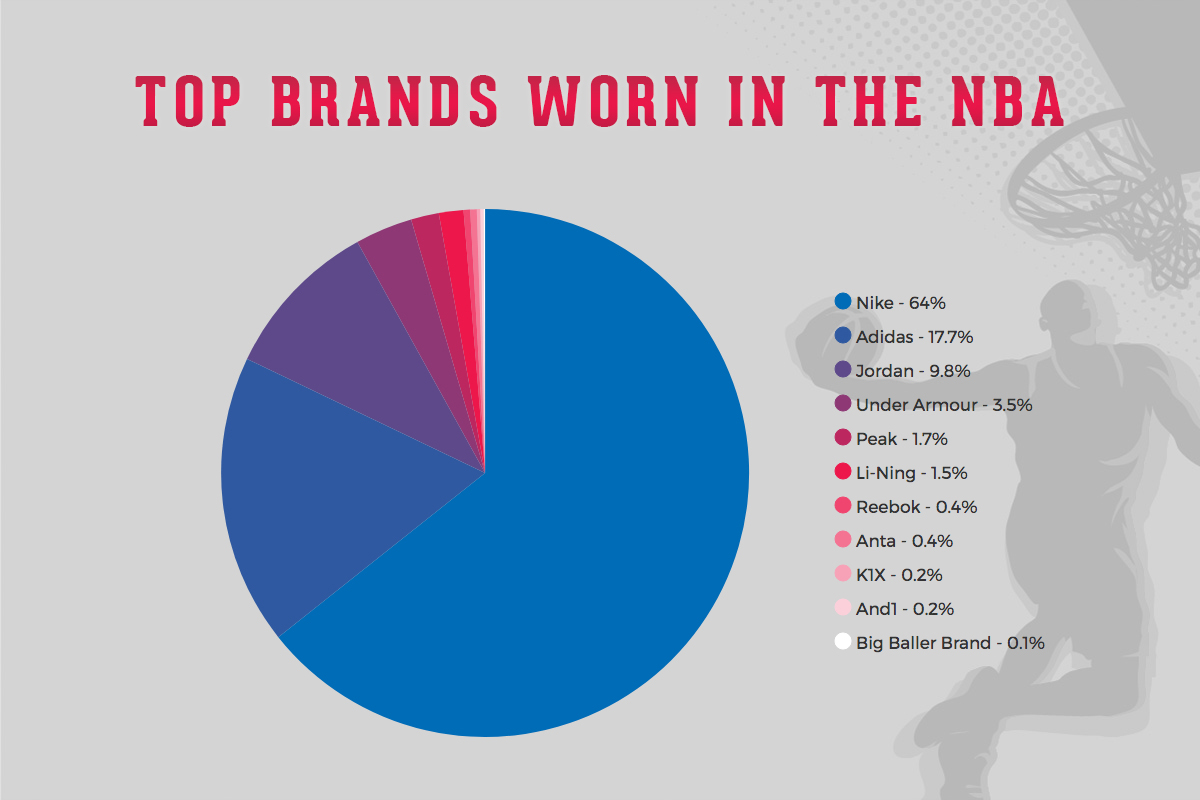