One of the more inevitable storylines of the fall is finally official, confirms our own Nick DePaula, as Philadelphia 76ers All-Star Joel Embiid is joining Under Armour for a 5-year shoe deal pact.

For Embiid, who was named an Eastern Conference All-Star starter in just his second season on the floor, the endorsement deal will offer up a chance for him to break the longtime industry stigma around players of his size.

“There’s a stereotype about big men that can’t sell shoes. When I look at myself, I’m not a big man – I’m a guard,” Embiid smiled. “I can do everything on the basketball court. You can name it – pass, post up, shoot the ball, bring the ball up, being a playmaker – so I’m excited to break that stereotype. I can’t wait to do so much more with Under Armour.” 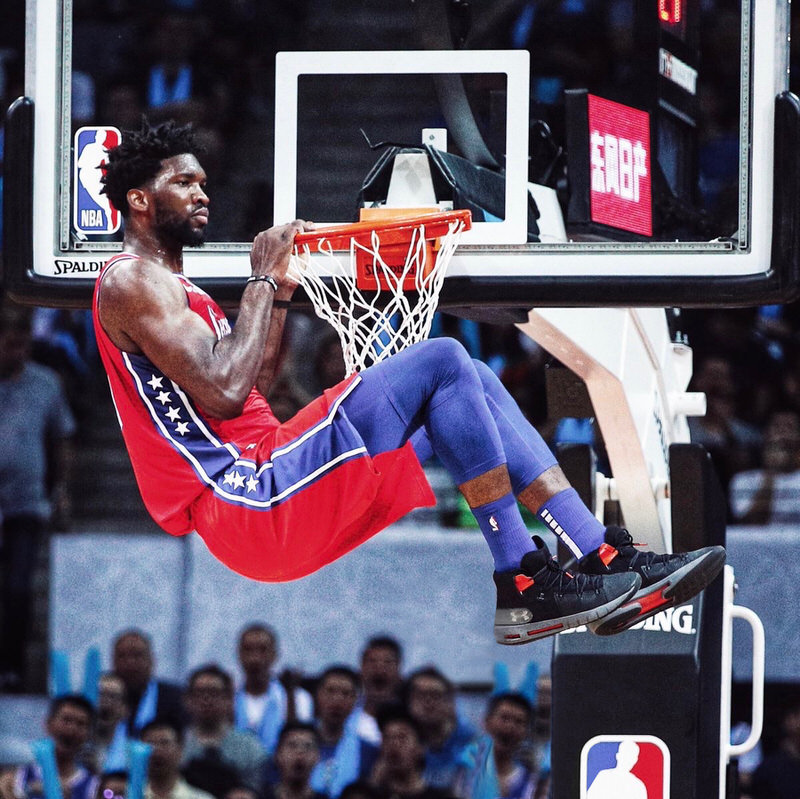 As he also detailed in a first-person essay on the UA Newsroom to announce the deal, he’ll be looking forward to creating more than just sneakers with the brand. A major priority of his will be to launch a series of basketball camps in both Philly and throughout the continent of Africa, as the native of Cameroon looks to help a future generation of players with access to the game.

He was just 16 years-old when he went to his first ever camp in 2011. After showcasing his raw potential, he was invited to yet another camp , and soon headed to the United States to play high school and college ball. Within just a few years, he was the #3 overall pick of the 2014 NBA Draft.

“Basketball has given me everything, but it has to be bigger than basketball … this isn’t about a shoe deal,” said Embiid. “I mean, listen … I’m gonna make sure they design some shoes as pretty as I am. Don’t worry about that. We’re gonna take care of that.”

As the brand and Embiid continue to work on his own series of player exclusive colorways, you can expect to see him wearing the new HOVR Havoc to kick off his third NBA season. Be sure to be following @NiceKicks on Instagram, as we’ll have more from Embiid and Under Armour later today in Philly.

Joel Embiid signs a 5-year deal with @UAbasketball, per @NickDePaula. The deal makes him the highest paid player at his position in the league.

What would a Joel Embiid shoe look like to you?