Chicago’s Leaders 1354 has held down the sneaker and streetwear scene for 20 years strong and there’s no sign of slowing down for the Chicago sneaker staple as they’ve teamed up with K-Swiss on a collection inspired by the Chicago flag. Nice Kicks got to sit down and chat it up with Diego Ross, Creative Director for Leaders and Scott Boulton, Director of Product & Trend at K-Swiss. We talked about the collab, what Leaders and K-Swiss mean to Chicago, and what’s next for the two respective brands. This interview has been edited and condensed for clarity.

NK: K-Swiss has history and heritage in Chicago that isn’t really known outside of Chicago. Can you tell us what K-Swiss means to you, Chicago as a whole, and to Leaders?

Diego Ross: You know, it goes back to the Chicago House music days started out in the 80s, K-Swiss was part of the uniform. You wore your K-Swiss Classics with your plaid shorts, your argyle socks, and polo. And it just resonated across all demographics.

NK: I’m always curious to know how collaborations come together. So how did this come about? Who contacted who and did it come together organically?

Scott Boulton: So obviously, for K-Swiss, when you build a brand or you bring the brand back to life, it’s about heritage, but it’s also about legitimizing the brand. So Diego and Leaders, have always been a K-Swiss hotbed in Chicago. One of the first ports to call to legitimize a brand is to start with the roots of a place like Leaders who have been here from day one. It’s about, coming here, talking about the city of Chicago, and K-Swiss has a huge legacy and heritage within Chicago, it was the first stop on the journey for K-Swiss.

Diego Ross: We had conversations with Dave Grange, who’s the International Brand President of K-Swiss and a good friend of mine. When he called me and said that he was putting this group together to bring K-Swiss back to life, I immediately said, we have to do something. We have to do a collab and let’s bring it to life. And we’ve been working on this for a little while now and now it’s come to fruition.

NK: How long was the process from ideation to today, where you get the final product dropping tomorrow?

Scott Boulton: For me, it’s about heritage but making heritage relevant for today. What we’ve worked on, the creative direction behind the shoe is the Chicago flag. Chicagoans are very very passionate about the flag. That was something we really want to tap into when we talk about making this relevant. Not just making heritage relevant today, but making this collaborative sneaker relevant for the Chicago consumer especially.

Diego Ross: And it’s probably one of the easiest design sessions that I’ve had working with Scott, John, and the whole team at K-Swiss, it was really seamless. It was really easy, saying “Hey, let’s work off the Chicago flag and what it means to the city, the attachment to house music, what we mean to the city of Chicago.” And we just, you know, we went from there.

NK: And as far as the collection itself, is there a favorite detail or design aspect that is your favorite?

Diego Ross: I have a couple because there’s two different shoes. One of my favorite details is on the SI-18, our Leaders logo, which people love the L Wing on the tongue. And then on the Classic LX, the ice bottom with the stars from the Chicago flag on the bottom. Not that people are going to be walking around holding their feet up, but it’s a cool aesthetic.

NK: With K-Swiss is mentioned, most people think of the Classic. Is there a reason why you also went with the SI-18 as well?

Diego Ross: It’s slept on for one.

Scott Boulton: The SI-18, as you see as we progressed through this K-Swiss journey will be our hero style for collaborations as we move through the next 12 to 18 months. Then obviously we will tier down into mainline products. But, to Diego’s point, it’s a style that has been slept on. It has some amazing features, it was a performance tennis shoe. So to haul it back to making heritage relevant for today, that was a performance tennis shoe in the 90s, so it was an easy transition. The Classic is the Classic, and that is an icon. I think we need to say this, there are not many brands that have an iconic shoe. You have the Air Force 1 or the Stan Smiths, but having that three-piece toe is an iconic look for the shoe. Icons are born, not invented, it’s a time and a place, and the K-Swiss Classic had a time and a place with an iconic look, it became an icon. But then we also wanted to talk into something a little bit more untouched and really talk about the aesthetics behind it. To add on the logos, the attention to detail, and there were a lot more windows to use for that shoe.

Diego Ross: And also too, I think people are going to be extremely surprised how comfortable the shoe is. It’s extremely comfortable and it just looks good on the foot.

NK: Lastly, it’s 2022, Leaders has been a staple for sneakerheads in the Chicagoland area. What’s coming down the road for Leaders later this year?

The Leaders 1354 x K-Swiss collection, which features the K-Swiss Classic LX and SI-18, is dropping on February 26th in-store at Leaders 1354 and online at KSwiss.com. The collection also features hoodies and a varsity jacket by Golden Bear to go along with the collection. Check out the photos of the collection below and much thanks to Diego and Scott for taking the time to talk with us. 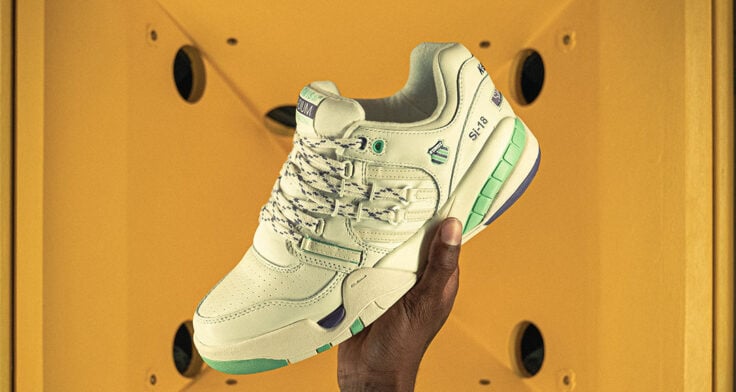 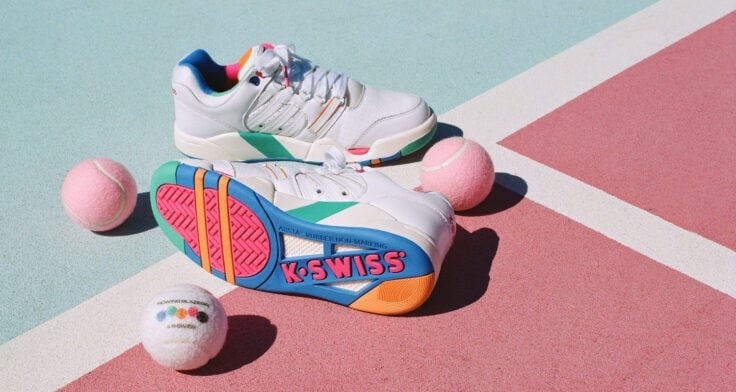 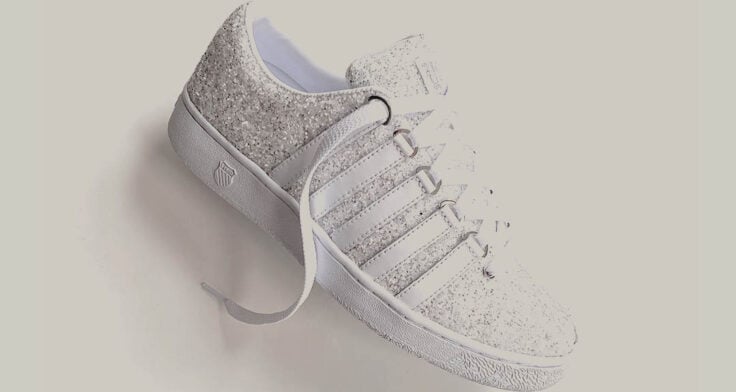 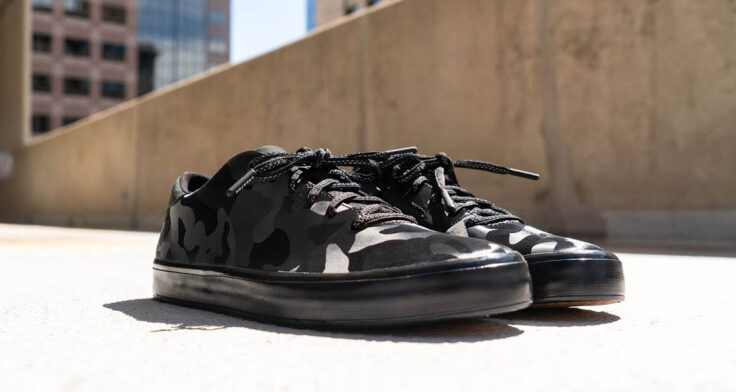