When you watch Giannis Antetokounmpo dominate the world’s best competition on a nightly basis, it’s daunting to imagine that less than five years ago the Milwaukee Bucks All-Star forward wasn’t playing basketball professionally. The Athens native was, by in large, a street vendor, selling watches and bags throughout the streets of his Sepolia neighborhood and other regions of Athens.

Now touted as one of the NBA’s best players and a leading MVP candidate heading into the 2018-19 season, Giannis has earned himself (among other things) a signature sneaker with Nike. The deal makes Antetokounmpo the first non-American athlete with a signature Nike shoe. Today, a first look at the sneaker is revealed. 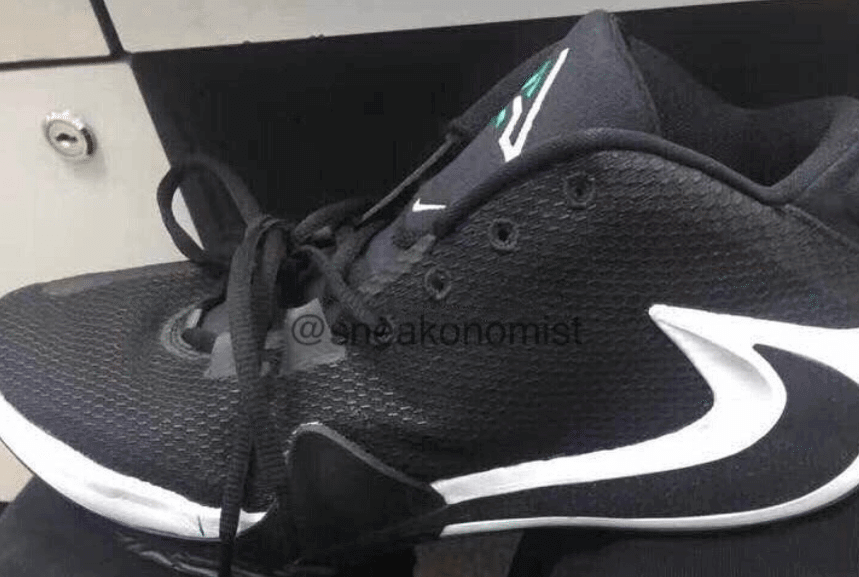 Like the Nike Kyrie 1, a stripped down aesthetic encompasses Giannis’ debut signature sneaker. The minimal design is almost to suggest that this first shoe is simply a jumping off point, and entry way to test both the shoe’s design language and the buyers market for it. A mesh focused upper comes coupled with welded overlays, while a large backwards Swoosh covers the paneling. Giannis’ “GA” logo appears front and center at the shoe’s tongue colored in the Bucks green and white hues.

Antetokounmpo signed a long-term partnership with Nike in fall 2017. The name and release date for his debut signature Nike sneaker remains unknown.