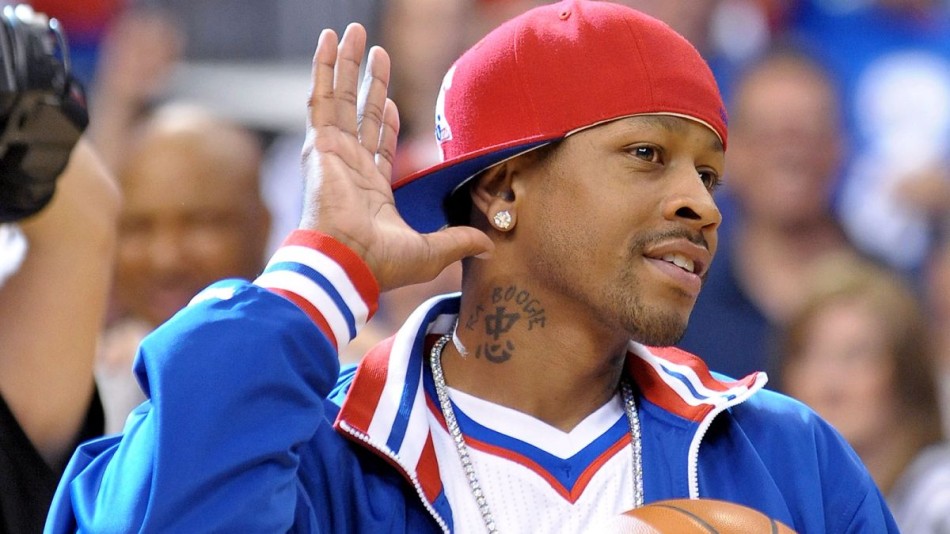 Originally published on October 30, 2013 following Allen Iverson’s announcement that he would be retiring from basketball.

Back in 1996, Reebok took a chance on a brash Virginian out of Georgetown to carry their brand and basketball line. Despite his checkered past and unwillingness to be what the league or world wanted him to be, Reebok signed a young Allen Iverson to a 10 year $50 million contract. His debut shoe, the Question, was a success, and one of the few times a rookie sported a signature sneaker in their season opener. From then on, Reebok would release a series of Answer sneakers each season and Bubba Chuck would re-up with Reebok, signing a lifetime contract with the brand.

The Reebok Answer IV was one of the best looking and best performance models featuring full-length DMX cushioning and zip-up closure. Iverson would wear this model in the 2000-01 season where he would lead the league in scoring and win the MVP Award. He also was voted a starter in the All-Star Game where he would take home game MVP honors. While AI accomplished a lot in the AIV, this colorway will best be remembered for his stepping over Tyronn Lue during the Game 1 victory in the 2001 NBA Finals.

The Reebok Question Mid “Royalty” saw one of the best players and best sneakers ever getting crowned properly. This luxurious colorway featured rich purple suede set off by gold accents and a black speckled midsole. Whether you were king of the castle or on your velour sweatsuit steeze, this royal makeup was an eye-catcher.

The Reebok Answer Lite, also known as the Reebok Answer II, saw the continuation of Iverson’s signature success. Paying homage to his days at Georgetown, this marked the first Answer to bare a Hoya inspired colorway. Memories of AI crossing in kente cloth were relived on a sneaker that saw the evolution of his game as well as the evolution of DMX. Released during the lockout season, Iverson’s production continued to increase playing over 41 minutes a game and averaging over 26 points.

There were no signs of a sophomore slump on the court or on the foot as AI broke out the Reebok Answer I during an impressive second season. The 22-year-old showed he was built for the league despite his small stature playing in and starting 80 games that season. The performance was also key on the Answer 1 as it marked the change from Hexalite to DMX cushioning. The ad campaign was memorable too showcasing Iverson’s famed crossover and a spin move that had every kid on the playground confused.

This limited collaboration paid tribute to the shoe that started it all and the year it happened. Repping Iverson’s nickname and the Liberty Bell on the tongue, the Reebok Question Mid x UNDFTD gave props to the Answer and his line. While a multi-color variation dropped around the same time, the Black/Charcoal was the illest featuring a tough mesh upper and speckled midsole.

It’s clear Iverson never forget where he came from. On this tribute sneaker, he showed he had never forgotten where he’d been. When AI switched unis and became a member of the Denver Nuggets he paid homage to his Sixer fans his first visit back to Philly. This P.E. Reebok Question III was an awesome way to show love to the city that gave birth to his NBA career. Kudos Allen.
7. Reebok Answer I Navy/Gold

Tough enough for the court but nice enough to wear with your Sunday best, the Reebok Answer I Navy/Gold will forever be a favorite from the Answer line. Navy patent leather covered the upper with metallic gold accents highlighting the dapper DMX shoe. Similar to Jordan classics like the September Blue 6s or Bordeaux 7s, Iverson never wore this makeup on court but the deviation from team colors made it a fan favorite.

Paying $65,000 for a basketball shoe may be ludicrous, but Reebok hit the jackpot when they teamed up with Eastbay for this 2004 release. Both companies caught a lot of buzz for the custom Reebok Question capitalizing off the ‘bling’ phenomenon. While Iverson may not have been the creator of the term, the makeup made sense as he was one of the iciest hoopers off-court and in photoshoots. No word on whether or not anyone actually shelled out the benjis to buy these or if AI even has a pair; regardless, it was a great moment in Reebok history.

Kobe may have cut out the hearts of Philly fans, but Reebok cut out the hearts of sneakerheads when they put AI in the unreleased Reebok Answer IV “Finals”. Flip-flopping the colorway of his Game 1 shoe, this Answer exclusive had everyone questioning whether or not they’d ever come out. Years later this colorway would release when the Answer IV got the team bank treatment, but the new team run was sans DMX cushioning. A proper performance retro would definitely have crossover appeal.

You can never go wrong with an original colorway. Electing pearlized leather in favor of suede, the Reebok Question Mid in White/Pearl Navy is a timeless classic. This colorway was worn by the Answer during his Rookie of the Year campaign that saw him beating out the likes of Kobe Bryant, Ray Allen, Steve Nash, and a host of other talented 96 draftees. It was clear Bubba Chuck had arrived.

Perhaps the last classic from the Answer line, the Reebok Answer V was a smash hit commercially and one of the best thought designs. Sneaker wise the model boasted DMX cushioning at its finest along with crazy 3M accents and a mock leather lining. Performance-wise the shoe saw Iverson follow up his MVP season with another scoring title averaging 31.4 points per game. Maybe they should have put a zone in the league to try to stop him…

Dress a shoe-in patent leather? Good. Dress a shoe-in all red patent leather? Great. The Reebok Answer I “All-Star” subscribed to the two easiest ways to make a shoe better, creating a red reptile finish. Despite a breakout rookie year and stellar sophomore campaign, the Answer did not make the All-Star team his second season and thus the shoe was never worn and not released. Years later samples would surface causing hoopla of a possible retro of this cult classic. While we do believe this model did in fact released as a hyperstrike, locking down a pair of these is about as hard as locking down AI in an iso situation.

White tumbled leather, red suede, visible Hexalite, and an icy sole made these a cool shoe. AI crossing over Money made these a classic. The sneaker worn in the definitive moment of Iverson’s career also holds the top spot as the definitive sneaker. This Reebok Question Mid will always hold the hearts of Iverson fans and sneakerheads alike.