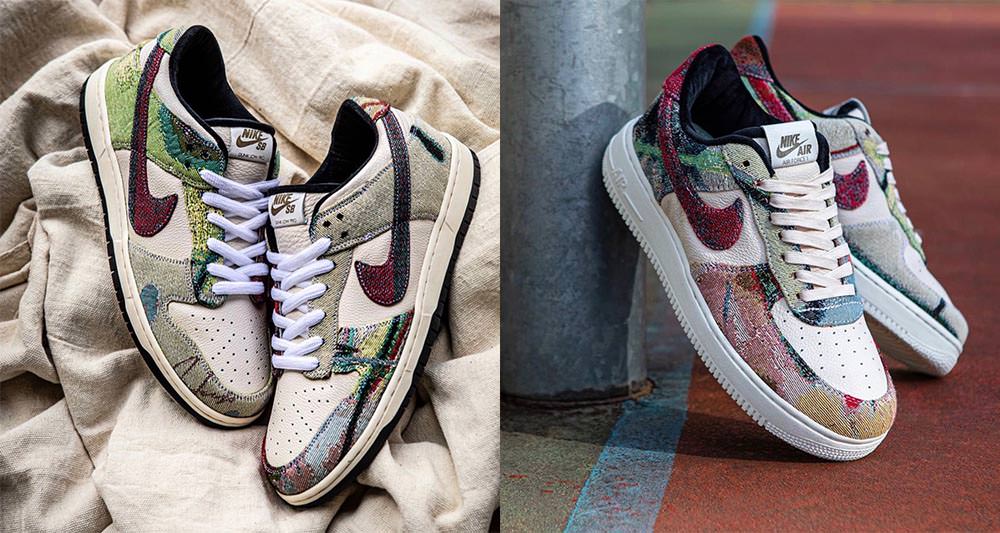 BespokeIND’s craft is second to none. The Melbourne-based atelier BespokeIND is known for one-of-a-kind creations that embody premium materials and high-end craftsmanship that join forces for a spectacular pair of kicks.

The latest creation stays true to its mission as the Futura x OFF-WHITE spray blanket that released in Italy is the source of inspiration (literally) for the bespoke Futura x OFF-WHITE x Nike “FLOWS” Pack. The pack reworks the Nike Air Force 1 Low and the Nike SB Dunk Low models with a premium look. The blanket drapes over the shoes as no two pairs will be similar courtesy of BespokeIND’s signature commitment to exclusivity.

Take a look at both pairs below. Be sure to head over to BespokeIND’s Instagram for more details on this pack and future releases.