Colin Kaepernick represents one of the most harrowing stories of 2016, fighting against inequality and racial divide the only way he knew how: kneeling during the National Anthem before his San Francisco 49ers took the field prior to each game this season. He both received praise and scrutiny for his peaceful and thought provoking protest.

Kaepernick remains in the news at the top of the new year for another reason altogether. This time, he’s doing as he often does whether it’s publicized or not – giving back.

Colin is widely known not only for his heroics on the field but his massive sneaker collection. He recently donated his collection of kicks to a Bay Area homeless shelter. Berkley’s Men’s Shelter was the recipient of Kaepernick’s good deeds, where he also donated clothes and books along with his incredible sneaker offering well into the hundreds of pairs. Kaepernick’s donation works in conjunction with his pledge to donate $100,000 per month for 10 months to various organizations and the disenfranchised.

It’s always great to see professional athletes like Kaepernick give back. Even better, when regular people like you and I do. So if you are in excess of sneakers, and know someone who could use a pair or two, take a page out of Colin’s playbook and give to someone in need. 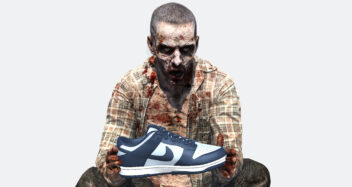 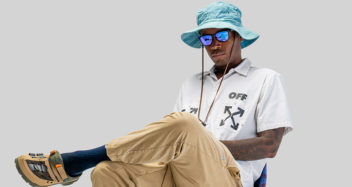