3, 2, 1? With the launch of the Swizz Beatz assisted style shoe and the return of the sequel, isn?t it time to re-release the original Reebok Kamikaze I? Sturdier than the second, Shawn Kemp?s first signature featured a bulky build and aggressive lines that took perfectly to the Sonics shades. Keep the retros coming, Reebok. Bring ?em back! 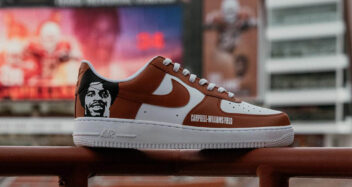