Since the age of 15, Ben Simmons has been known in basketball circles as the next great rising phenom. At 6’10”, he’s not your typical big man, with a versatile driving game built on strength and power, and guardlike court vision only accelerated more by his towering view of the floor in transition. 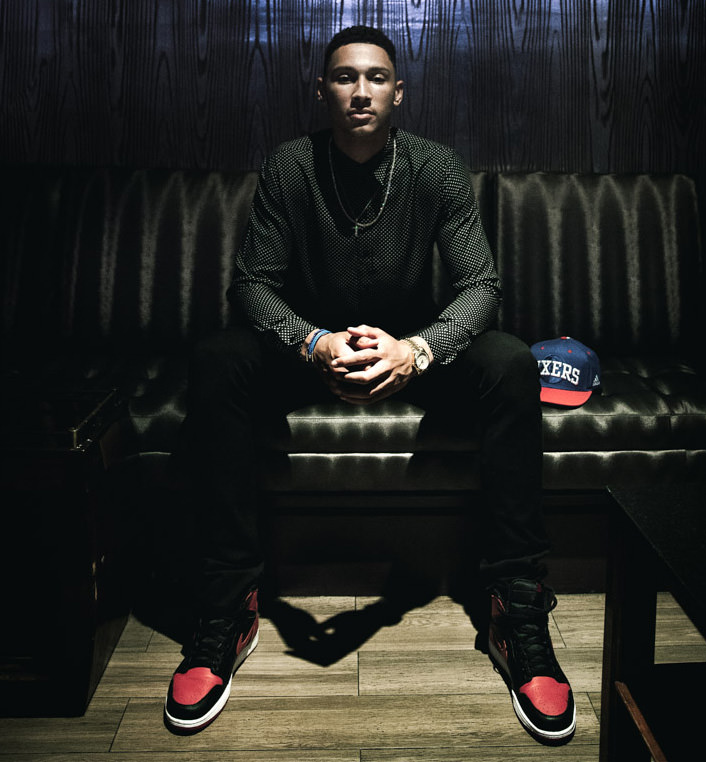 With that hype building as his prep career evolved, Simmons was tapped for a new documentary to chronicle his journey along the way. Co-directed by Maura Mandt and Josh Swade, the Showtime film follows along as Ben reaches the heights of high school hoops and heads off to a lone year of college basketball at LSU. Dubbed “One & Done,” much of the movie takes sharp note at the flawed rules surrounding freshman hoops stars like Simmons headed directly to the League.

An hour in, just as he officially turns pro, the documentary shifts from Simmons’ agent selection process to his upcoming sneaker deal. With his parents Dave and Julie, half-siblings Sean and Emily and agent Rich Paul in tow, the group weighs the pros and cons of each brand as they take endorsement pitches from both Nike and adidas.

For adidas, the presentation played up their “Creator” positioning, their newly revamped Basketball designs and how Ben would fit in as a featured athlete.

“I thought the whole presentation was amazing. I didn’t know what to expect,” Dave says of the initial adidas pitch. “Adidas as a brand, we saw a lot of transformation and there’s a lot changing.”

“None of their stuff last year was like that,” notes Ben. “It’s like a whole new brand.”

Conversely, Nike’s pitch centered around their strong stable of athletes, global marketing prowess and lengthy innovations and leading designs through the years.

“Our pitch to Ben was fairly simple,” reveals Lynn Merritt, Nike Basketball’s sports marketing exec. “That there should be no other place for him to be, other than with Nike.”

You can follow along the entire shoe deal process, with candid commentary, inside access and insights directly from Simmons, as the documentary “ONE & DONE” premieres tonight, November 4th at 9 PM EST on Showtime.