The BAPE SK8 STA makes a glorious return with a new Orange and White colorway. This sneaker is one part of the 5-piece “Street Hybrid” Collection, that features a total of four BAPE SK8 STA colorways.

The BAPE SK8 STA adds sporty curvature to the classic BAPE STA silhouette. The unique midsole and refined outsole slim down the overall appearance of the BAPE STA. This SK8 STA stands out more than ever with its eye-catching orange base and bright white BAPE camo overlays. For added detail, grey suede lines the leather panels, as well as the heel counter and BAPE’s signature shooting star. Finishing details include a grey rubberized ‘93 side panel and BAPE embossed on the midsole.

The BAPE SK8 STA and the entire “Street Hybrid” Collection will be available on September 18, 2021. They’ll be available to purchase from all of the BAPE flagship stores, as well as their website. Sizes for both men and women will be available. The retail price is set at $309. For more BAPE releases and updates on all your favorite sneakers, follow @NiceKicks on Twitter.

The BAPE SK8 STA Gets a Metallic Revamp 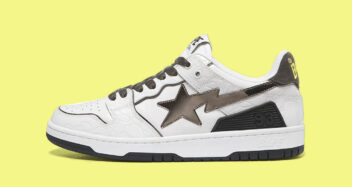 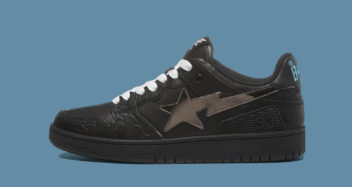 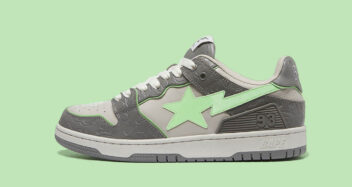 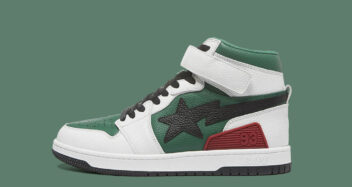