Amidst countless rumors, intriguing mockups, and straight up fakes, the sneaker community has done just about everything to predict the look and feel of the BAPE x adidas Ultra Boost before an official viewing of the widely anticipated shoe.

One part of BAPE’s 25th anniversary celebration, it feels like this collaboration took much longer than it should have. But with a first look finally here, we can all breathe a little bit easier. 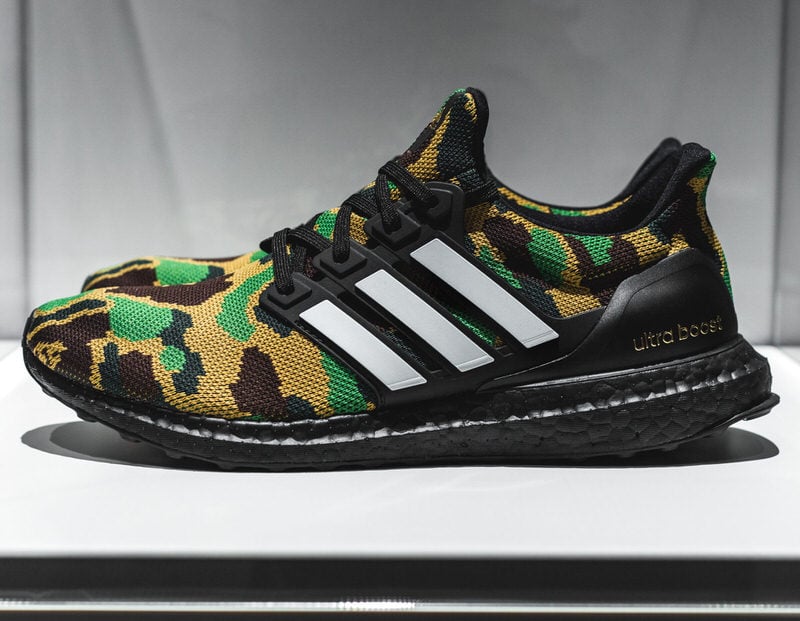 BAPE would focus on their signature camouflage print; adidas would probably explore color Boost; that’s what we all guessed. Both were correct — in part. While there’s plenty of camo throughout the performance lifestyle runner, it’s stylized in a youthful 8-bit aesthetic. Both whimsical and inventive, the design language speaks a tongue different from many of Ultra Boost collabs its senior. Stark black color Boost joins a noir focused heel counter and midfoot cage which is finished in white three stripes.

In continuation, a gold adidas trefoil signs the left shoe’s tongue while its double features a red, white, and blue flag. From this vantage, no traditional BAPE branding is visible with exception to the Apesta seen smartly through the camo print.

UPDATE: Hypebeast has a closer look at the shoe with it serving as the centerpiece of the BAPE x adidas Football collection.

Update 1/24: Official images of the BAPE x adidas Ultra Boost pack has been revealed. The limited-edition adidas Football by BAPE® capsule collection will be available exclusively at a Social Status Pop-Up Store in Atlanta on 2/1/19, followed by a release online at adidas and at BAPE® stores worldwide on 2/2/19. Check out the capsule collection below. 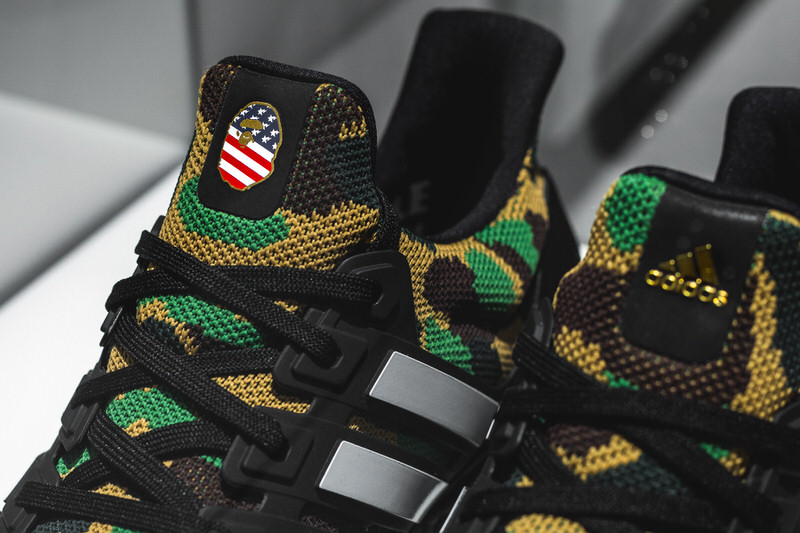 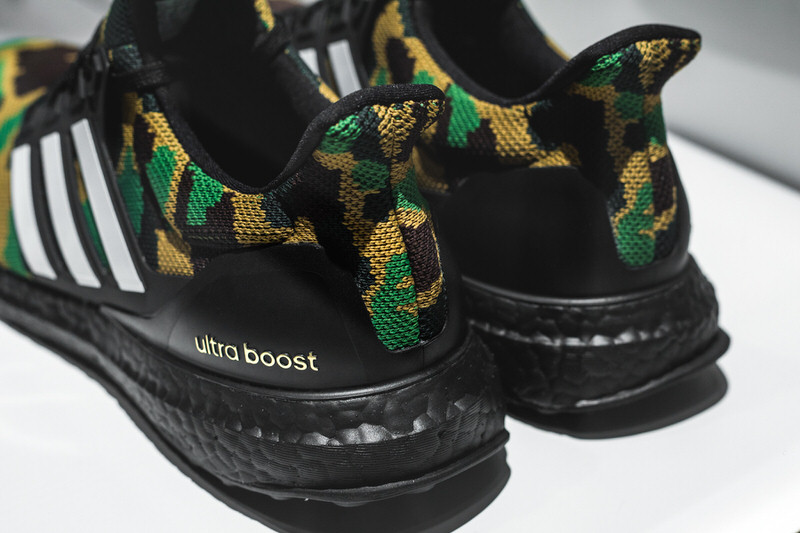 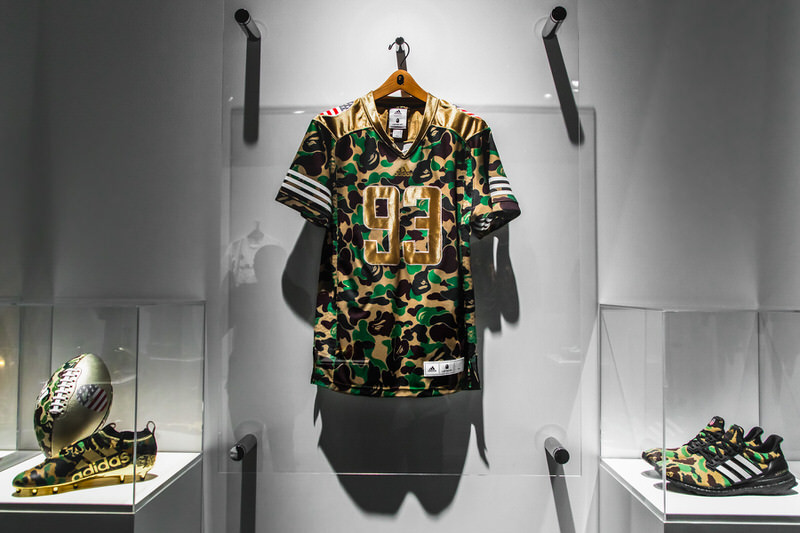