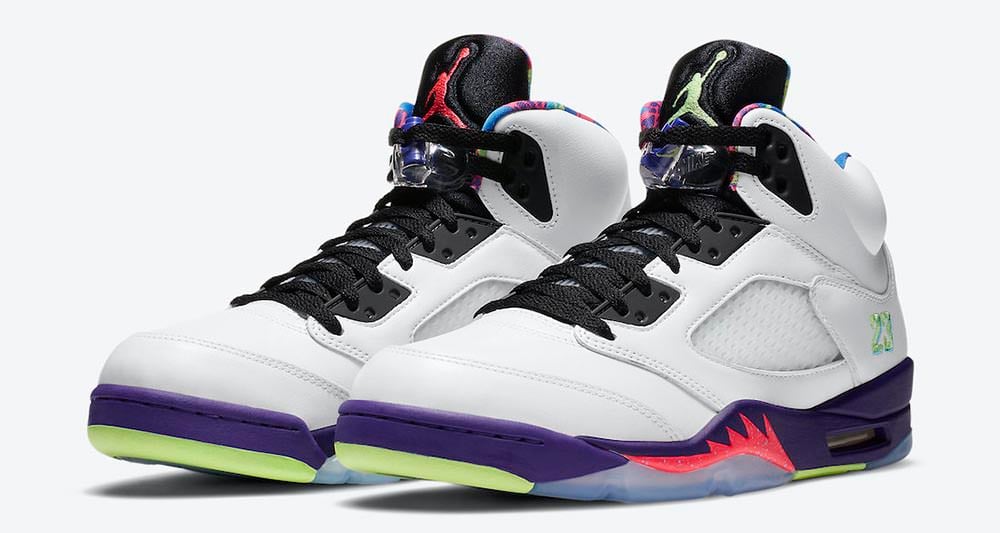 Jordan Brand fans mark your calendars as the coveted Air Jordan 5 “Bel-Air” is rumored to drop this Summer in an alternate white variation.

Inspired by Will Smith and his Fresh Prince moniker, the pair is an homage to Smith’s career on The Fresh Prince of Bel-Air; in the show’s opening credits, Smith can be seen sporting a pair of Air Jordan 5s. Having originally released in 2013, the upcoming “Bel-Air” colorway will swap out the grey-dressed uppers for a clean white one. “Grape” hits are expected to highlight the midsole, while the sock liner is dressed in signature tie-dye aesthetics from the ’90s.

Additionally, the pair is embellished with vibrant ’90s inspired graphic-print sock liners, while two different Jumpman logos have been stitched into the heels.

The alternate white Air Jordan 5 “Bel-Air” is sure to resonate with The Fresh Prince of Bel-Air fans all across the world and is expected to land at select Nike retailers this August 15 for a retail price of $190.