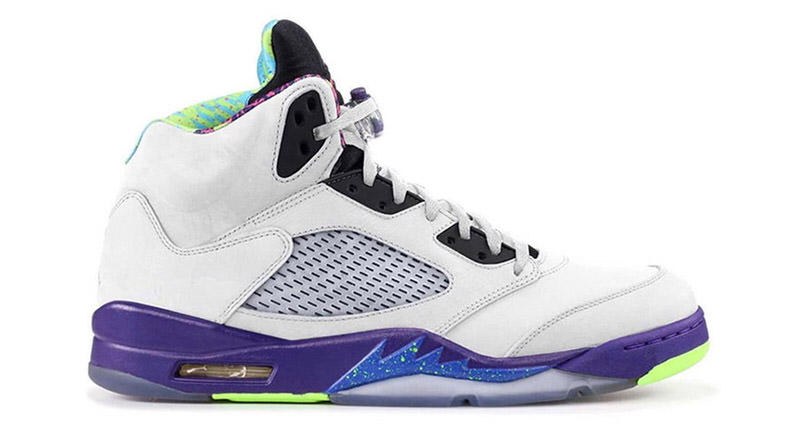 In the early ’90s, Michael Jordan made his shoes fly on the hardwood and Will Smith kept them fresh on primetime TV.

While there were a handful of early 90s TV appearances for the Air Jordan line, no show gave them as good of a look as The Fresh Prince of Bel-Air. As some might recall, Jordan Brand paid homage to the program in 2013 with a Bel-Air Pack that included an Air Jordan 5, Jordan Six Rings, Air Jordan 1, and Jordan CP3.VII.

Five years following the 2013 “Bel-Air” Air Jordan 5, Jordan Brand brought back the “Grape” Air Jordan 5 with NIKE AIR branding on the back for the first time since its 1990 debut but created a laceless version to give a nod to the way the Fresh Prince would frequently wear his pair on the show.

A year later, Jordan Brand surprised Will Smith with a gold version of the Grapes for his 50th birthday that was said to be limited to just 23 pairs and only given to closest friends and family.

Continuing to pay homage to the Philly MC turned Hollywood juggernaut, another Air Jordan 5 Bel-Air is reported to release in Summer 2020.

The Air Jordan 5 Bel-Air White does not have a firm release date or official images at this time. However, a Summer 2020 release date is reported.