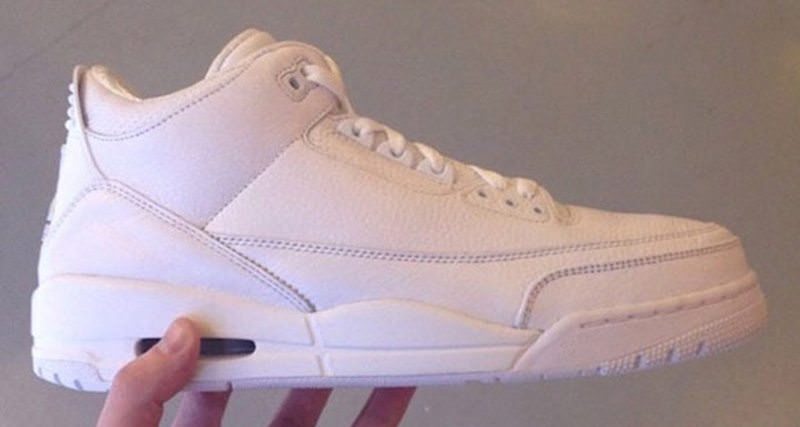 Originally released back in 1988, 2018 marks the 30th anniversary of the time-honored Air Jordan 3. Starting with the return of the “Black Cement” with Nike Air next month for All-Star Weekend, Jordan Brand will soon after release more commemorative pairs of the model including one in Triple White.

Similar to the theme seen on Virgil Abloh’s OFF WHITE x Air Jordan 1 2018, the entire upper is blanked out in white — even the customary elephant print around the toe and heel. Jordan Brand is scheduled to release the shoe in the midst of summer on July 21.

Grab a first look at the Air Jordan 3 “Triple White” below.