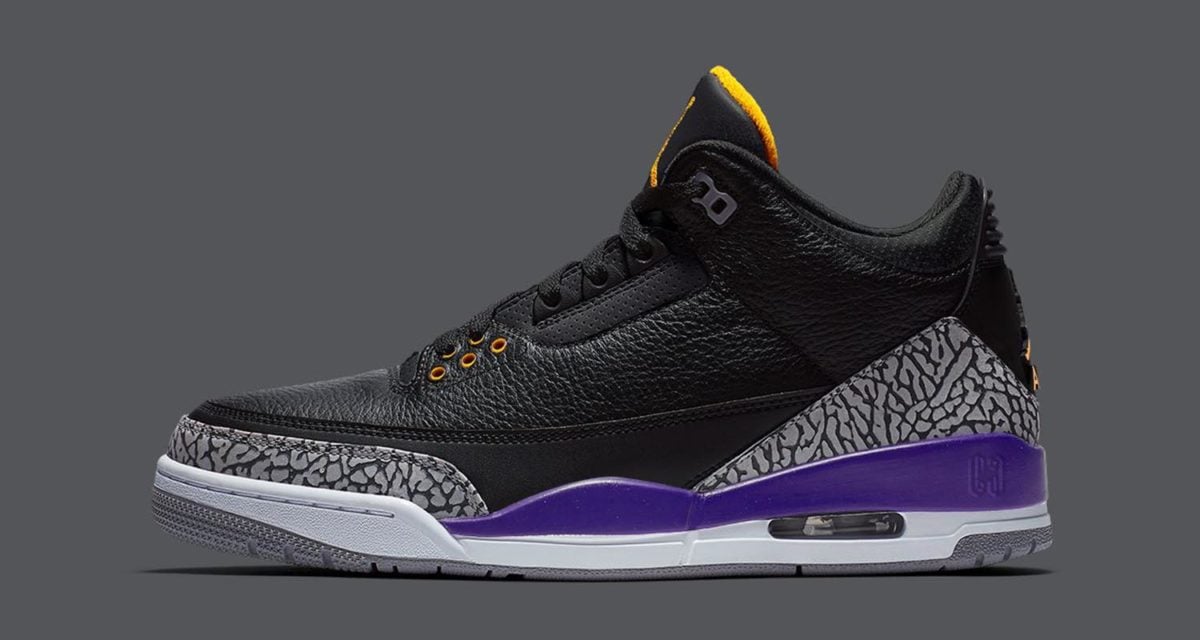 First seen in 1988, the Air Jordan 3 has continued to build upon its popularity in the modern age. While the OG colorways, such as the “Black Cement” and “White Cement”, are revered in the sneaker community, newer colorways have also amassed major popularity. One potential colorway to do just that is the new Air Jordan 3 “Court Purple”. Paying homage to the Los Angeles Lakers, this black/purple/white rendition is expected to be released during Jordan Brand’s holiday lineup.

While no official photos of this sneaker have been revealed, it is rumored that this sneaker will be donned in a Lakers color scheme. The upper is expected to be dressed in a matte black. Like most Air Jordan 3 colorways, elephant print will be placed around the upper. Additionally, it is expected that “court purple” will accent the tongue, lace holes, and the Jumpman logo on the heel. Finishing off the sneaker, the midsole will be painted white and the outsole will be finished in grey. This sneaker looks to be a hot commodity among Lakers fans and Jordan 3 fans.

Expect the Air Jordan 3 “Court Purple” to release November 14th through select Nike and Jordan brand retailers. It will retail at the standard price of $190. Let us know what you think of this holiday colorway in the comments below! 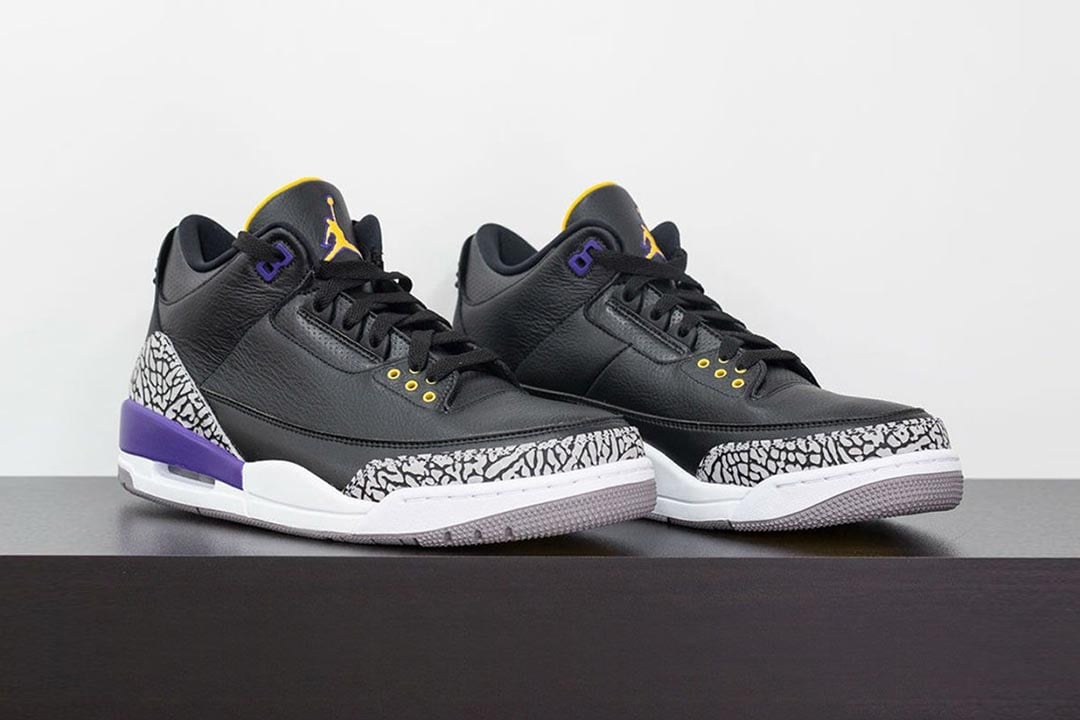