Chris Paul, one of Jordan Brand‘s longest-tenured signature athletes, joins Nike’s Back to School push with an ode to his high school playing days in North Carolina.

Attending West Forsyth High School in Clemmons, North Carolina, Paul, after averaging 25 points per game his junior year, rose to national fame during his senior season in 2002. Following a family tragedy that saw his 61-year old grandfather slain, Paul went out the following game and scored 61 points in honor of his grandfather.

Clips and videos of Paul’s game circled national media for weeks. His 61 point performance made him a sports hero at the amateur level. Yet it was the free throw he missed to retain said point total that made the moment about something much bigger than Paul himself.

To celebrate Paul’s high school journey — both the moments we saw and those we didn’t — next week Jordan Brand will release the Air Jordan 12 “Class of 2003” edition. The shoe highlights West Forsyth’s team colors with several updates to the model’s original construction.

Instantly, you’re drawn to the removal of pebbled leather mudguard detailing that’s replaced with a lighter nylon coat. The insoles sift back and forth between CP3’s logo and 2003, the year he graduated high school.

Chris Paul’s Air Jordan 12 “Class of 2003” is set to release on August 11 for $190 at Jordan Brand retailers everywhere and Nike SNKRS. 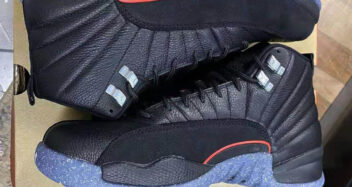 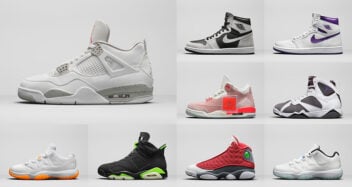 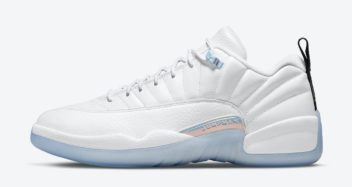