Jordan Brand initially debuted the Air Jordan 1 Mid XQ back in 2007 to celebrate the grand opening of Nike stores in major cities in China, with only releasing 240 pairs, and a 2013 OG High retro was exclusive to China as well. Well looks like they’re returning in 2022 and set to have a wider launch.

The sneaker features a white leather base with embossed overlays in black and red, and gold contrast stitching and accenting throughout. The quarter panels feature a stitched design with the gold Swoosh using red contrast stitching. The Wings logo is seen in gold as well, with the red tongue and tongue tag featuring the Jumpman in gold. Red contrast stitching is seen again on the white midsole with a gum/gold outsole finishing off the sneaker.

The Air Jordan 1 Mid XQ is set to drop sometime in 2022 via SNKRS and at select retailers. Check out the early look photos below and for all the latest Air Jordan drop dates, peep our Jordan Release Dates page.

The “Atmosphere” Colorway Lands On The WMNS Jordan Series 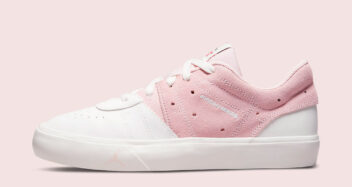 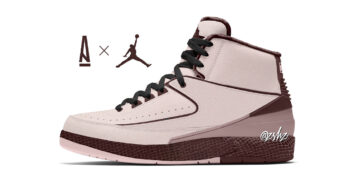