Where to buy the Air Jordan 1 AJKO "Storm Blue"

The Air Jordan 1 has reigned supreme in sneaker culture for the last couple of years now. The high-top silhouette has become the go-to for collaborations, storytelling, colorful iterations and rotation must for hypebeasts, sneakerheads, and everyone in between. Although Jordan Brand has plenty in the works for the Air Jordan 1 next year, a nearly forgotten classic is returning to the game.

The Air Jordan 1 AJKO, which was originally released in 1986, looks to return for the first time since the 2013/2014 days that teed up the hype for the original AJ1. The AJKO ditched the all-leather offerings of the OG and adds canvas material with this Storm Blue colorway using white canvas as the base. Storm Blue canvas is used on the overlays, with a hint of black leather used on the ankle collar and Swooshes. AJKO branding is seen on the ankle flap and a Storm Blue tongue tag is utilized. A white midsole with a Storm Blue outsole finishes off the sneaker.

The Air Jordan 1 KO “Storm Blue” is set to drop on September 29th on SNKRS and select retailers for $140. Check out the official photos below and for all things Jordan Brand, check out our Jordan Release Dates page and our Jordan 1 release calendar. 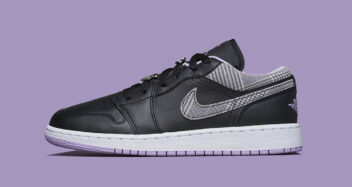 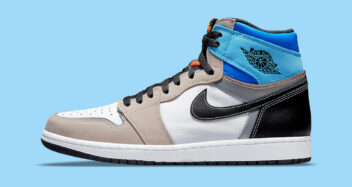 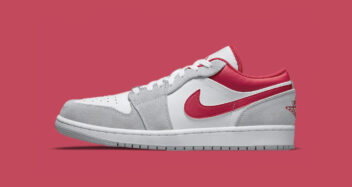