Back in February, Kylie Jenner laced up an Air Jordan 4 that many (including us) assumed to be an upcoming Travis Scott collaboration. Now, that very same pair has been spotted on Cactus Jack adding a little clarity to this somewhat murky picture.

During a spell at Astroworld — or a re-imaging of the now-closed Six Flags theme park in Houston, Texas — Trav posted up next to a sign that doubles as a title of his upcoming studio album. On his feet are those aforementioned Air Jordan 4s, fitted largely in a dark grey base with black accents overtop.

This colorway was seen even before his upcoming “Cactus Jack” aka “Oilers” pair. But will both pairs release? Stay tuned to Nice Kicks for all the latest.

Update 1/7: Originally thought to be of the dark grey ilk, Travis Scott’s Air Jordan 4 “Olive” has appeared once again. The friends and family pair was revealed in detail by Depeche23Mode. It remains unclear if the shoe will remain F&F or release at a later time. 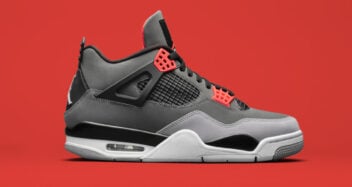 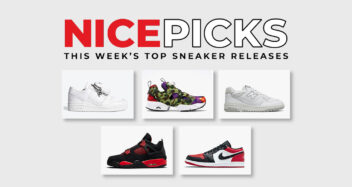